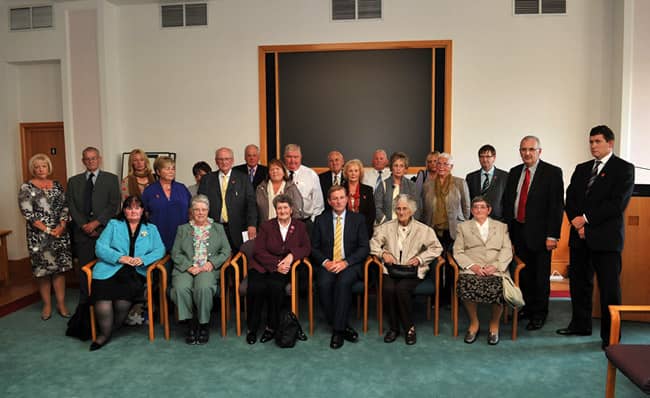 Newry and Armagh Ulster Unionist election candidate Danny Kennedy has called on the Irish Government to “keep its word and deliver what was promised to the Kingsmills families”.

He was speaking after Irish Foreign Minister Charlie Flanagan said ‘The rule of law including the requirement for effective investigations of unlawful killings must be upheld by all responsible authorities’.

Said Mr Kennedy: “As someone who has spent literally decades helping to support the families of the 10 Protestant workmen murdered at Kingsmills in January 1976, I would say one thing to Mr Flanagan.

“I was present at a meeting with the Taoiseach Enda Kenny on 26 March 2015 when he gave an undertaking that the Irish government would cooperate fully with the coroner’s inquest into the killings.

“At the time I described the meeting as being ‘very constructive’ and the assurances which the Taoiseach gave families and public representatives in private session were repeated in his public comments, namely that the Irish government will share all relevant documentation in relation to the Kingsmills atrocity with the Northern Ireland Coroner.

“I regret to say that we are now almost two years on, and yet the families are still waiting. It is high time the Government which Mr Flanagan represents, kept its word and delivered what was promised to the Kingsmills families.”