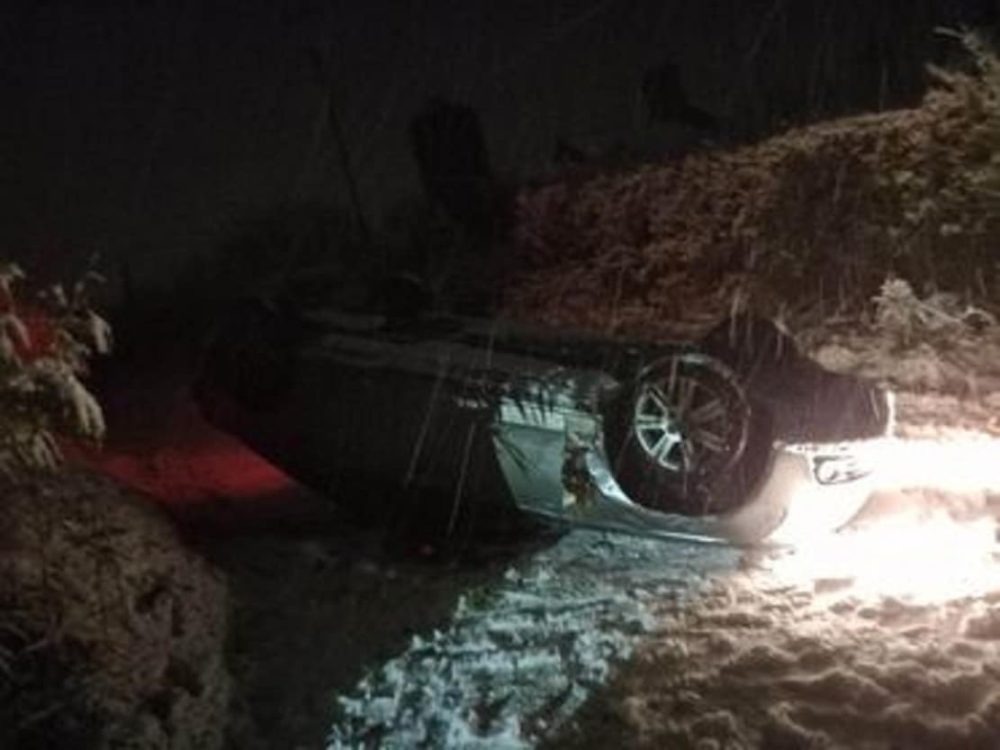 This was the scene outside Keady on Tuesday evening as one car ended up on its roof after slipping off the road.

The driver seemingly had a lucky escape on the Iskeymeadow Road around 6pm – no emergency services were called to assist.

It comes as heavy snow impacted many across Co Armagh last night and this morning.

The Met Office has extended a yellow weather warning for snow and ice until noon on Thursday, meaning scenes like the above image are at greater risk of occurring.

Main roads will be gritted, however, smaller roads off the gritting network will remain treacherous over the next several days so motorists are advised to exercise extreme caution when travelling.

Meanwhile, this (below) was the scene at the Sheepsbridge Park and Ride facility this morning after a vehicle collided with the overhead barrier.

#GLE #238 #Sheepbridge The entrance to the #Sheepbridge #Newry Park & Ride has been severely restricted due to a vehicle crashing into the overhead barrier #snow pic.twitter.com/NhfNV4EJcP

Temperatures will peak around 3C on Wednesday before dipping once more as night falls, going as low as -5C in the early hours of Thursday.

Saturday and Sunday will see temperatures rise once more, with double figures (10C) being recorded on Sunday.