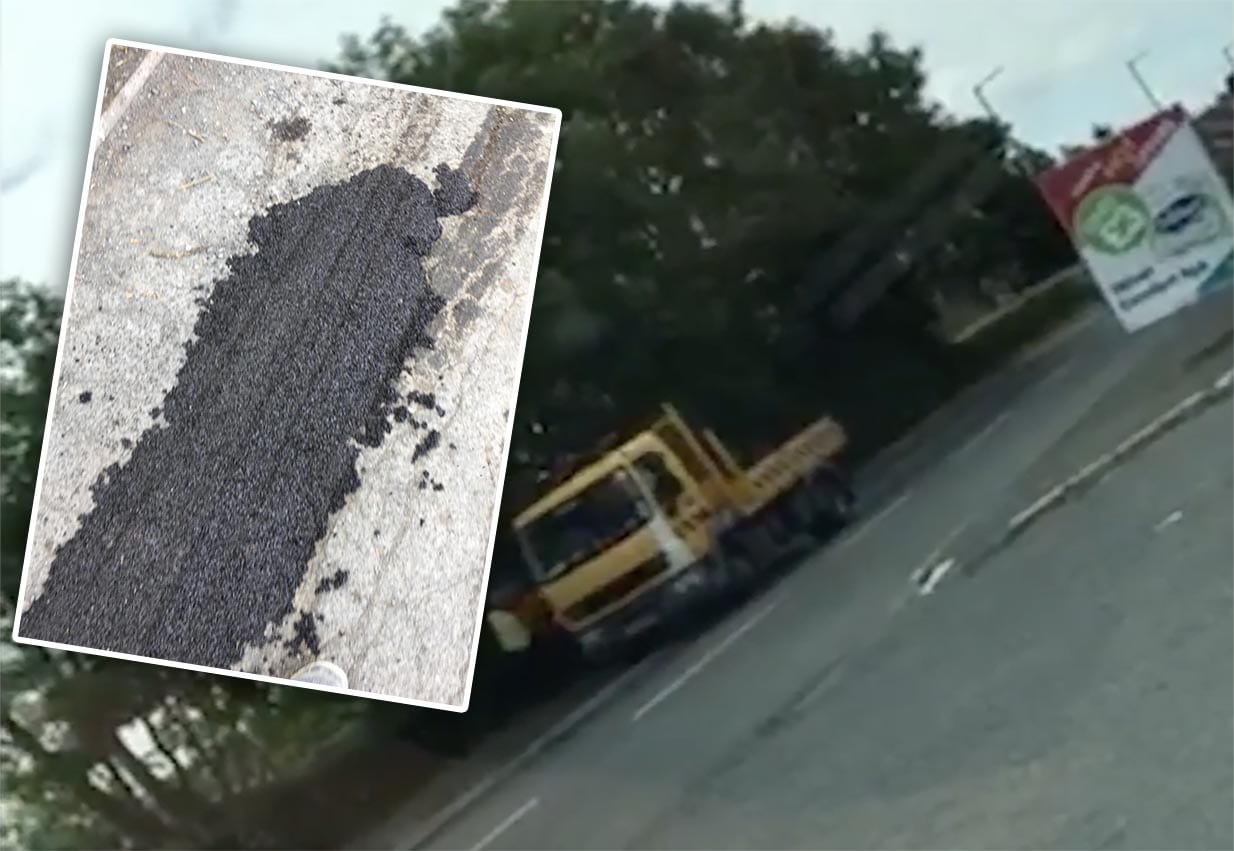 Attempts to flatten tar with a lorry on a footpath next to a busy Co Armagh road has been branded “a complete waste of time”.

The footpath close to GAA grounds on the Armagh Road in Keady was in a terrible state – but appears to be even worse now following today’s (Thursday) half-baked attempts at rectifying the mess.

Video obtained by Armagh I shows the workmen attempt to flatten the tarmac on the footpath with their lorry as opposed to the tried and tested roller.

And as expected, the results are clear for everyone to see.

SDLP Councillor Thomas O’Hanlon has questioned the reasons behind the ‘patch works’ carried out by Transport NI, branding some of it as “a complete waste of time”.

“This afternoon I was contacted by a constituent who observed works being carried out on the footway at Armagh Road Keady,” explained councillor O’Hanlon.

“The footway is in a terrible state, it is very uneven and was marked for repair.

“This is a busy stretch of footpath, it is close to the GAA grounds and is used a lot by young parents out walking children in prams. The footway is in a terrible state and needs substantial repairs.”

He added: “Transport NI arrived to carry out repairs today and I would say the footpath has been left in a worse state than it was before they began the ‘repairs’.

“The team seem to be using a ‘cold lay tarmac’ and proceeded to drive over it with their lorry as a way of flattening out the tar instead of using a roller. You really couldn’t make this up.

“Now instead of potholes in the footpath, we have lumps of tar with tyre marks on it. It’s very poor and must be revisited and repaired properly.”

Councillor O’Hanlon insisted a ‘Do Rightly Won’t Do’ approach just won’t cut it but in this instance, he says, “seems to be the attitude for roads repairs – it’s simply not good enough.”

He added: “I have raised my concerns with Transport NI locally and have been assured this was only a temporary measure. However, I don’t think this is acceptable. It’s a waste of time, effort and money.

“I would prefer the job was done right in the first place rather than having to go back on it again.”

Send us your videos to info@armaghi.com