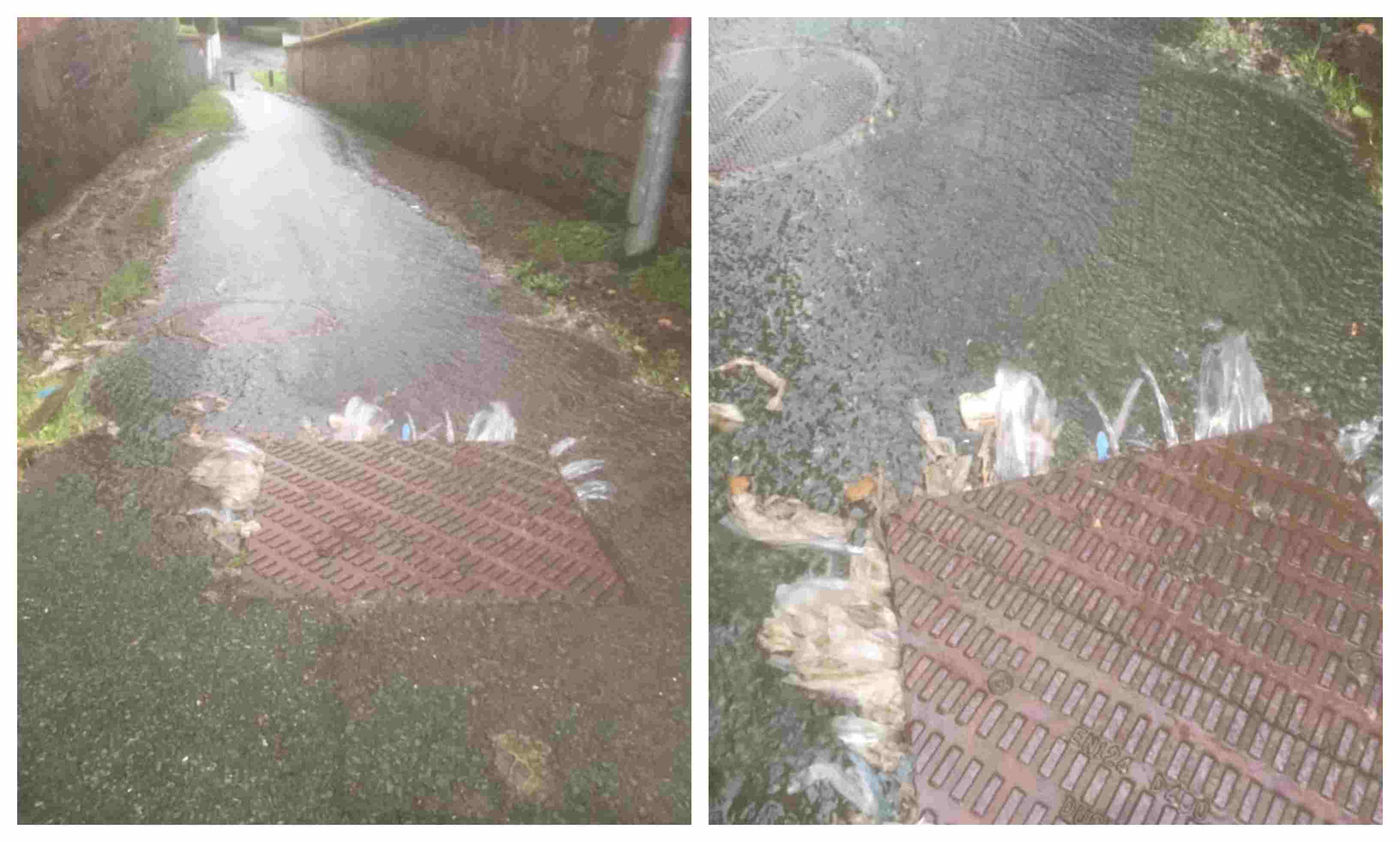 Residents of a small Co Armagh village were left with foul stench in the air after a sewage overflow.

The heavy rain across the country brought with it flooding and in Darkley raw sewage was seen seeping from manholes in the centre of the village this morning.

NI Water have been notified and are in the process of fixing the issue after residents kicked up a stink.

Sinn Fein representative Brona Haughey, who was on the scene this morning (Tuesday), said the smell was overwhelming.

“This pathway is used by workers going to Clarke’s egg store,” she explained. “And the awful foul smell was the whole way down the path towards the factory.”

She added: “I spoke with NI Water soon after and they assured me they were going to prioritise the work, with contractors being sent out today.”

It has been a busy 24 hours in the village following the Christmas light switch-on event and Santa Dash taking place last night.

And earlier Armagh I reported how 27-year-old man is being questioned by police following the discovery of a cannabis factory on the Main Street.

The plants with an estimated value in excess of £12,000 were seized by officers during a planned search of the property on Monday evening.