'Potential exists or serious injury to adults and young children' 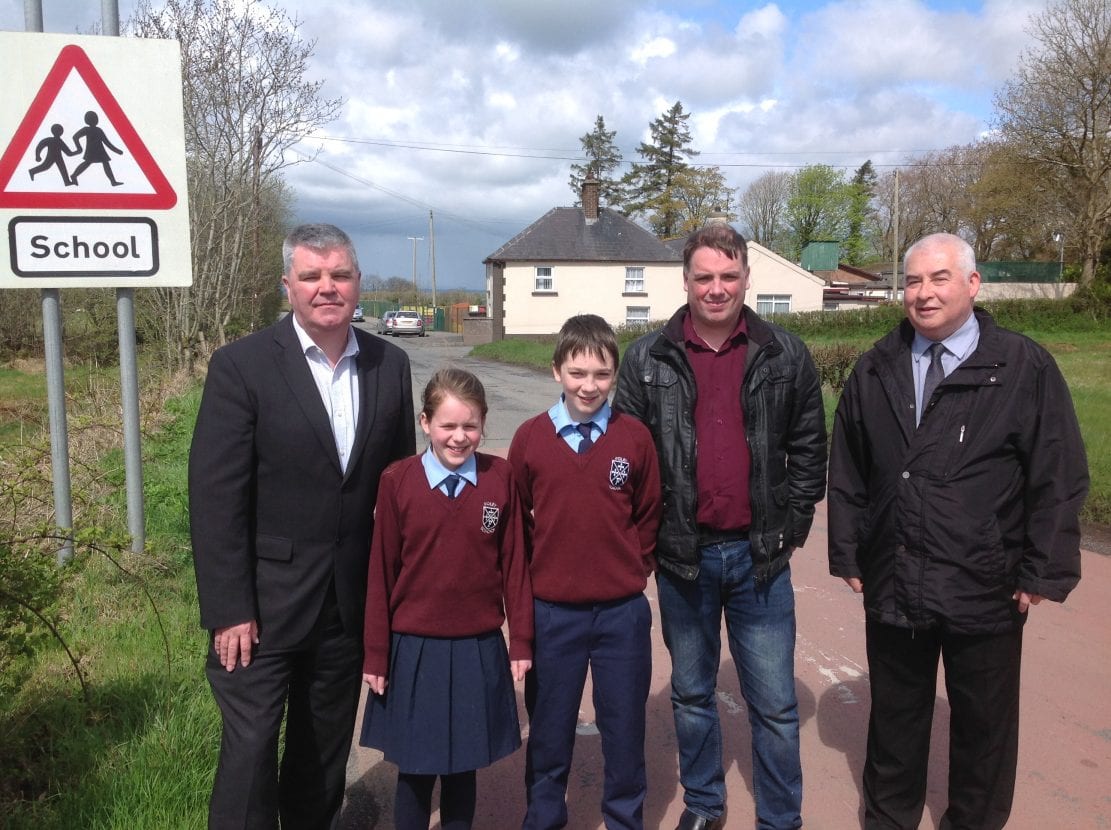 Road conditions at a Co Armagh primary school have been branded “hazardous” with calls for urgent remedial action.

Work away road markings and signage at Foley Primary School have been flagged up.

And a local MLA has pledged to raise the issues against with Transport NI in the hope of having work carried out.

They met with principal Mr Martin Kelly, who voiced concerns for health and safety of the ever-expanding pupil population.

Mr Boylan said: “Recent increases in enrolments – along with positive and vibrant future pupil projections over the next three years – have created a position where the parents and children, along with the staff attending the school, are concerned for their safety.”

Cllr Mc Nally, meanwhile, said he has strongly campaigned for safe access and exit of rural schools as well as adequate salting of those roads in winter months.

“During the recent bad winter the road surfaces along the lay-by parking and drop-off area at the front of the school have become increasingly dangerous underfoot,” he explained. “The potential exists or serious injury to adults and young children.

“I am aware of the lack of proper salting of the access road to the school continues to create atrocious and hazardous road conditions for parents in the very area where they should feel safest at the entrance to the school.

“Currently school warning signage on either side of the school is either damaged or not clear and is certainly outdated.

“This, coupled with road markings which have been worn away due to increased volumes of traffic, not only to the school but also from the local community, has led to an increasingly dangerous environment for all visitors at at key collection and drop-off times of the school day.”

Both representatives gave a commitment to directly liaise with Transport NI to seek urgent action to fully reinstate school signage, road markings and look at providing alternative traffic calming and safety measures to “correctly afford all patrons of the school proper safe exit and access”.