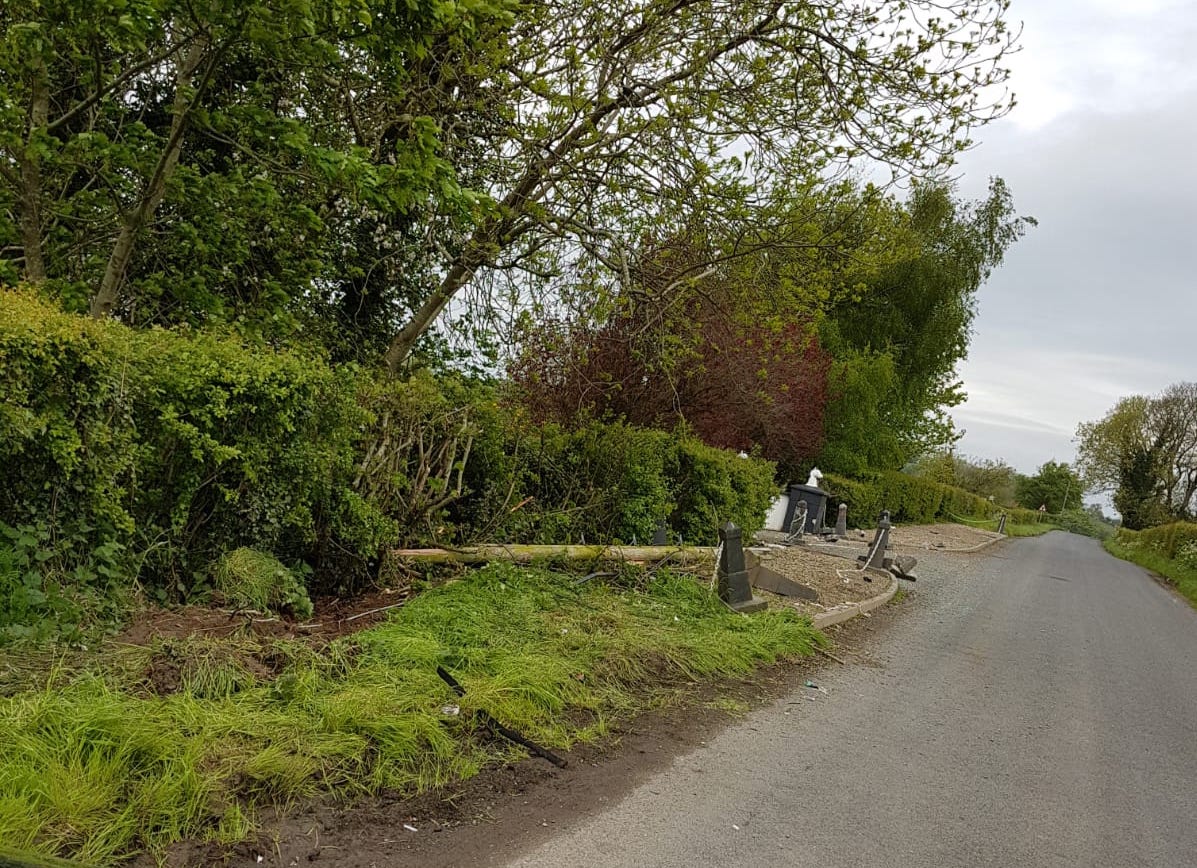 A man is fighting for his life in hospital following a serious one-vehicle road traffic collision in the early hours of this morning (Sunday).

Emergency services attended the incident on the Dundrum Road, near Tassagh shortly before 2am.

Fire crews from Keady, Newtownhamilton and Newry were deployed with specialist cutting equipment used to free the sole occupant of the vehicle.

The man was rushed to hospital after suffering a series of serious injuries.

A Southern Trust spokesperson confirmed to Armagh I that the man remains in a critical condition.

Police are also appealing for information and for anyone who may have witnessed anything to come forward.

A PSNI spokesperson said: “A report was received just before 2am that a red Mercedes car had left the carriageway and struck a pillar.

“The male driver was taken to hospital to be treated for [his] injuries. The road was closed for a number of hours but has since re-opened.

“Anyone who witnessed the collision or the car being driven on the Dundrum Road in the time leading up to the collision is asked to contact officers in Lurgan on 101 quoting reference number 216 20/05/18.”