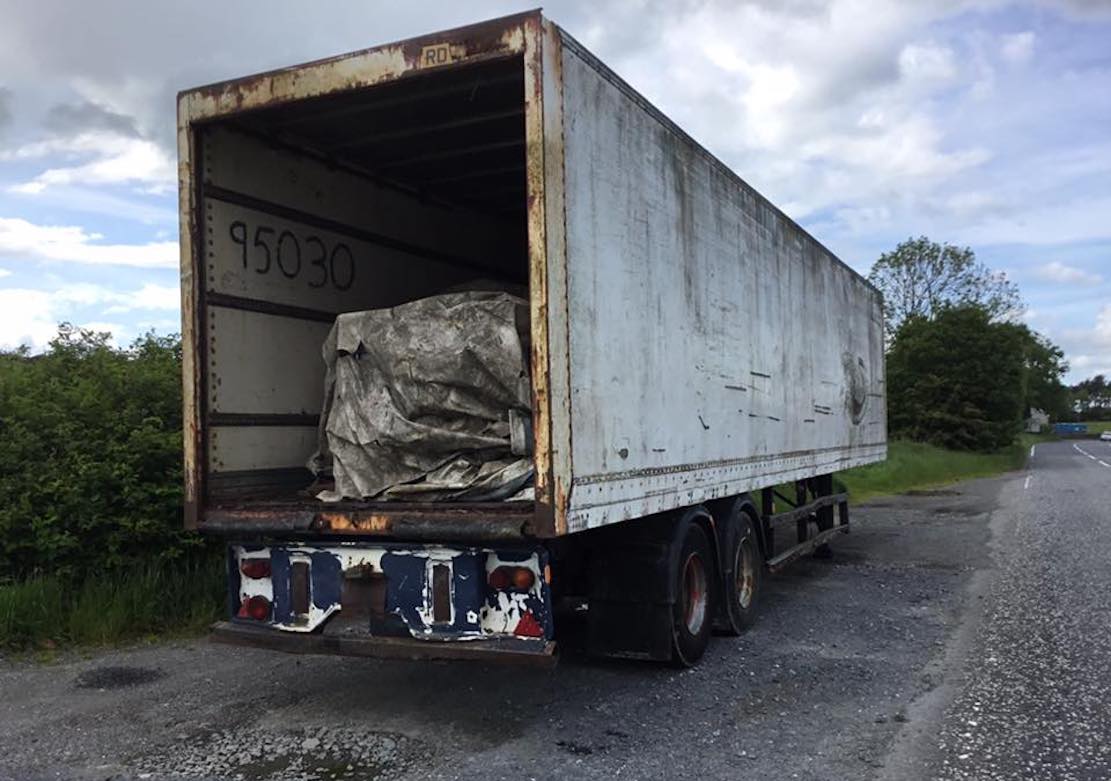 A lorry trailer filled with cubes of laundered fuel waste has been abandoned on the outskirts of Keady.

The trailer, stripped of any distinguishing features, was discovered close to Clea Lake earlier on Sunday morning.

Sinn Fein councillor Darren McNally says he has reported the trailer to the relevant authorities.

“I had hoped we had seen the last of this type of thing,” he said.

“The people who left the trailer there have no respect for the local community or the environment.”

Two lorries and fuel were also seized, along with a related mobile fuel laundering site.

The 20-year-old was arrested on suspicion of offences relating to possession and concealing criminal property.

And earlier this year, a suspected fuel laundering site was dismantled and 45,000 litres of fuel seized as part of an investigation into a multi-million pound fuel fraud.

HM Revenue and Customs (HMRC), supported by the PSNI, searched an address near Newry in January.

HMRC said it had the potential to produce in excess of 10m litres of fuel a year and a £6.5m revenue loss.

He said the methods used were often dangerous.

“Fuel launderers abandon harmful waste and transport fuel in vehicles that are unfit for purpose and unsafe.

“We believe criminals are now experimenting with processes that carry a risk of explosion as they seek to defeat fuel markers,” he added.

HMRC said in 2016-17, the illicit market for diesel in Northern Ireland resulted in an estimated loss of £30m in duty and a further £10m in VAT, giving a total loss of £40m.