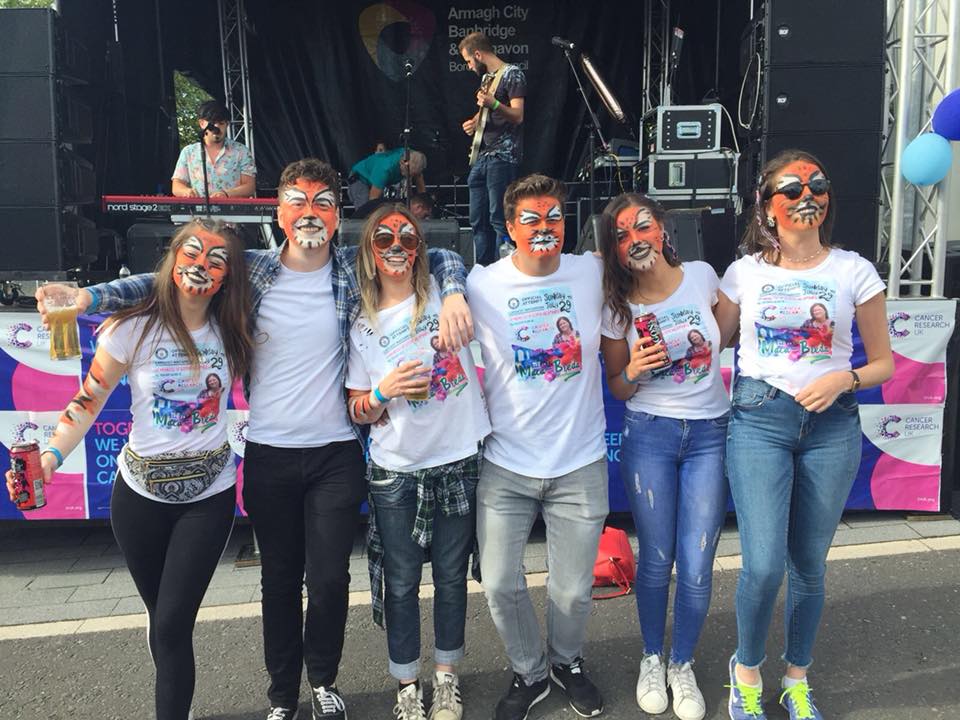 It’s official – Keady has danced its way into the Guinness Book of World Records.

It has been confirmed that the town managed to take the title for the World’s Largest Macarena.

And they did it in memory of the champion fundraiser and inspirational and sadly-missed Breda McAtavey.

Mum-of-four Breda, 50, was the driving force behind the town’s last record bid, which saw 2,515 fill the streets for a mass ‘Rock the Boat’.

The family were determined to carry on her fundraising legacy with another huge community event to help defeat the disease which took their mum.

And Sunday’s efforts has smashed the Macarena record.

A total of 2,230 took part to dance their way into history – and raise a fantastic amount for charity.

Breda’s son Ryan took to social media to thank all who took part and supported their efforts.

“We knew beating the Rock the Boat would be an impossible task, after raising raising £10,753.55 we knew her work would go unbeaten,” he said. “No one had the passion or drive that she put into the cause! She always said that the next event she did, she would double that amount but sadly she never got that chance.

“However, after months of hard work and determination, battling through our own grief we are delighted to reveal that the Maca-Breda beat the Guinness World Record for the largest Macarena with 2,230 people giving it their all on that pitch!

“More importantly, for the day that’s in it, we couldn’t think of a more fitting birthday present than a MASSIVE cheque for £22,076.89 for Cancer Research UK in Breda Mcatavey‘s name. Happy Birthday Bid

“It is a testimony to the woman she was that almost a year after she passed, she still coerced so many people into making a bollocks of themselves, in the name of fighting Cancer.

“We cannot thank everyone enough for their enormous generosity. From the minute we hinted at an event in her name, the entire town rallied behind us and to be honest that’s what kept us going.”

Well done to all!