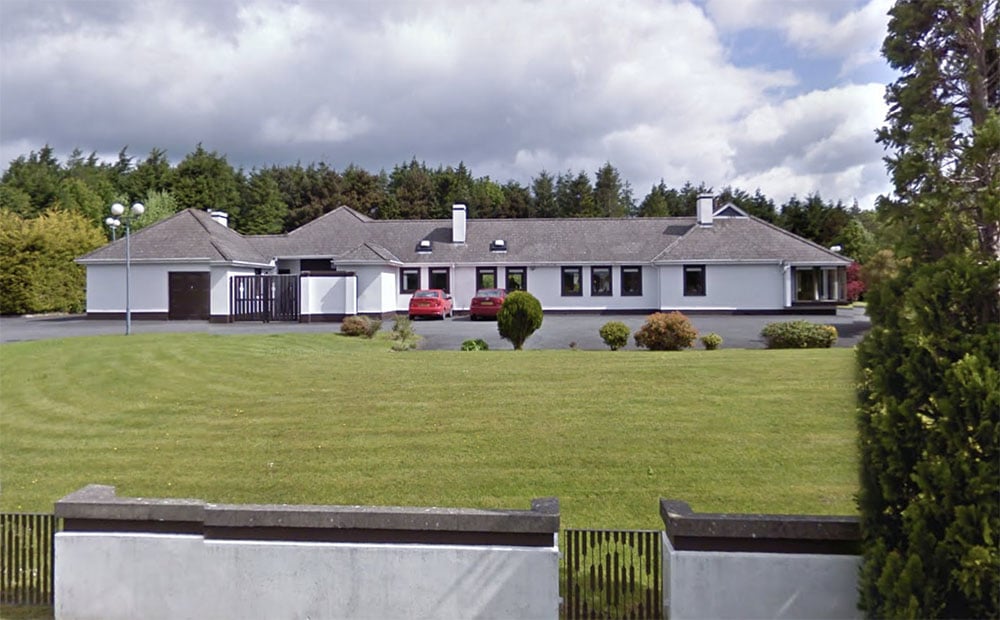 The former Sisters of St Clare Convent in Keady could be demolished to make way for a new housing development, Armagh I can exclusively reveal.

Plans have been drawn up for the site at Madden Row which would see 30 new homes being built.

The former convent building has been left surplus to requirements after last year’s confirmation that the Sisters of St Clare would quit the town after a century-and-a-half of service.

Sister Anne Kelly made the sad announcement to the parishioners four days shy of their 150th anniversary, the sisters having been sent to the town on July 20, 1871.

“The sisters have served well and their presence has been deeply appreciated but it is time to consider their health and future needs,” said Sister Kelly at the time.

“It has not been an easy decision, but it is time. I realise that the sisters will be missed, but they will be just a phone call away as several will move to our larger community in Newry.

“Please keep the sisters in your prayers and memories. They will also rejoice in the great support you have given so many of them over the years. We wish them many happy years in their new homes.”

With the end of an era having been reached, proposals for the future of that Madden Row site have been now been submitted to Armagh City, Banbridge and Craigavon Borough Council for consideration. The application has been made in the name of the Trustees of St Clare’s Convent.

The plans, if approved, would see the vacant convent building being demolished and 30 houses built in its place.

The proposals also include the provision of communal amenity space, as well as hard and soft landscaping.

There would also be the required quota of car parking spaces and all associated site works included within the overall development.

All of the new homes would be two-storey properties; 26 of them would be semi-detached and four detached.

According to a design and access statement, the mix of house types are “appropriate to the physical setting of the site and help to create an attractive setting”.

The land includes the area occupied by the former convent and a greenfield side next to it.

Eighteen of the houses would be built on the disused convent site and open out on to a central green space. The lower part consists of 12 properties to be served by their own access onto Madden Row.

The statement adds: “The site is located in a highly accessible location within walking distance of Keady town centre and a neighbouring primary and secondary school.

“There are several areas of open space in close proximity to the site including a Gaelic football playing field and a soccer pitch within 60 metres of the site.”

There would be planting included throughout the site and to the boundaries to “enhance the overall character and quality of the space”.

The design and access statement says the proposals would deliver a “high quality development” which would be “suitable for modern living”.

And it concludes: “The proposed scheme will provide much-needed accommodation which will contribute towards the growing demand for an increasing population in an area in close proximity to services, schools and open spaces.”

The proposals will now be publicly advertised shortly before being given detailed consideration and a recommendation brought before council’s planning committee to form a decision.