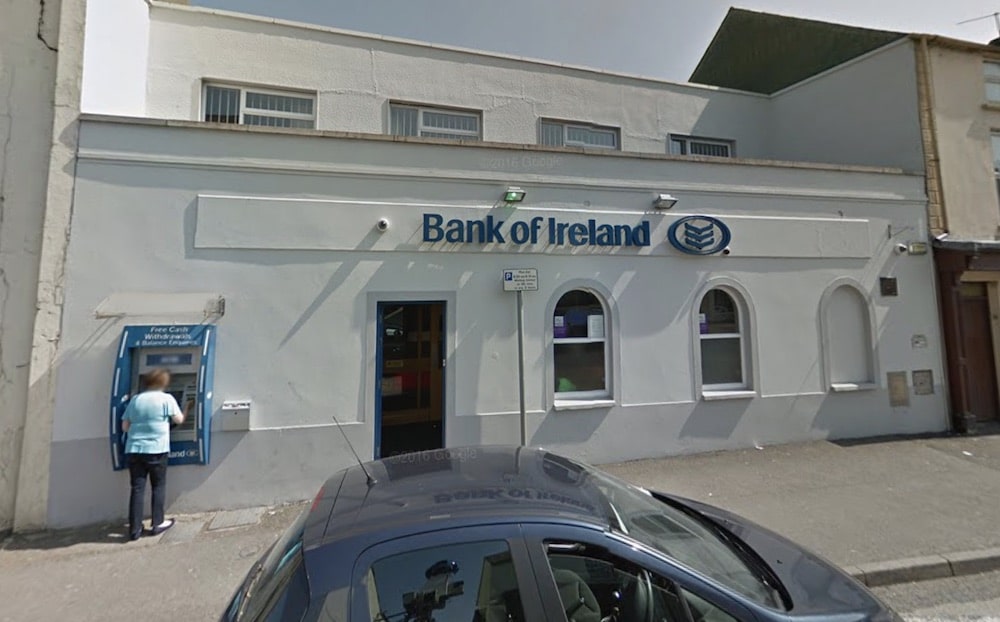 The former Bank of Ireland premises in Keady has gone on the market.

And potential buyers who want to get their hands on this prime town centre property will have to part with £120,000 to seal the deal.

Bank of Ireland confirmed the closure of its Keady branch last August, one of five announced that day.

The shutters came down on the property – at 14-16 Kinelowen Street – on November 19, a day after the Crossmaglen branch had been earmarked to close and seven weeks after Banbridge.

The sign has since come down on the property and now it has been placed on the market for sale.

And they say it would be “suitable for a variety of uses or redevelopment subject to planning”.

The agent – in its marketing materials – explains what the property has to offer any would-be future owner.

“There is an adjoining single storey flat roofed storeroom which leads to a rear yard from which the boiler house is accessed.

“The rear boundary is secured via palisade metal fencing and overlooks Keady Glen.

“Internally the ground floor is configured to provide an entrance lobby which leads to a former banking hall, off which there are three offices, vault/bookroom and rear store.

The closure of Bank of Ireland was a blow to the town, which like others across Northern Ireland had suffered as a result of banks moving to favour online transactions and centralise operations.

Over the years, the branch had been targeted by ram raiders and burglars.

In 2009, an attempt had been made to remove the ATM from the front of the building, but the thieves efforts were ill-thought out, as they were forced to flee leaving the machine buried in the rubble.

Then, in 2016, burglars broke into the premises over the Christmas period, much to the shock of staff returning to work after the holiday period.

The property has been vacant over these past six months since closure of the branch, but now it is hoped that it may be brought back into productive use if a buyer comes forward.