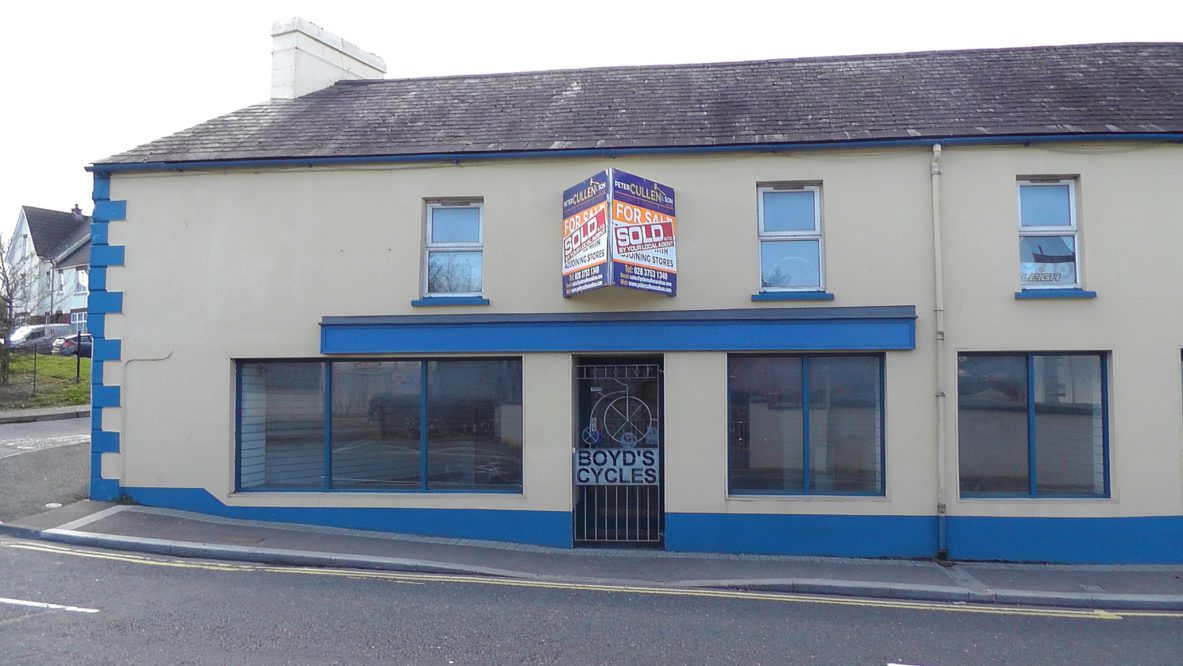 The former Boyds Cycle shop in Keady looks set to be converted into apartments.

The shop had been run by the Boyd family at Davis Street for over 100 years until its closure in March 2019.

It had been placed on the market with a local estate agent later indicating that a sale had been agreed.

This new residential development has been earmarked for the prominent corner site with vehicular access from Crossdened Row.

Proposals have been drawn up in the name of Ryan McNaughton and submitted to Armagh City, Banbridge and Craigavon Borough Council for consideration.

The application is seeking approval for an “alteration and change of use” of an existing shop and store.

It is intended to create four apartments in total on “lands at No 36 Davis Street, Crossdened, Keady, Armagh“.

The two-storey development would see the creation of two apartments at each level, with a private amenity space to the rear. There would also be a total of four car parking spaces to accommodate the needs of future tenants.

The application is due to be publicly advertised next week with a decision in due course.