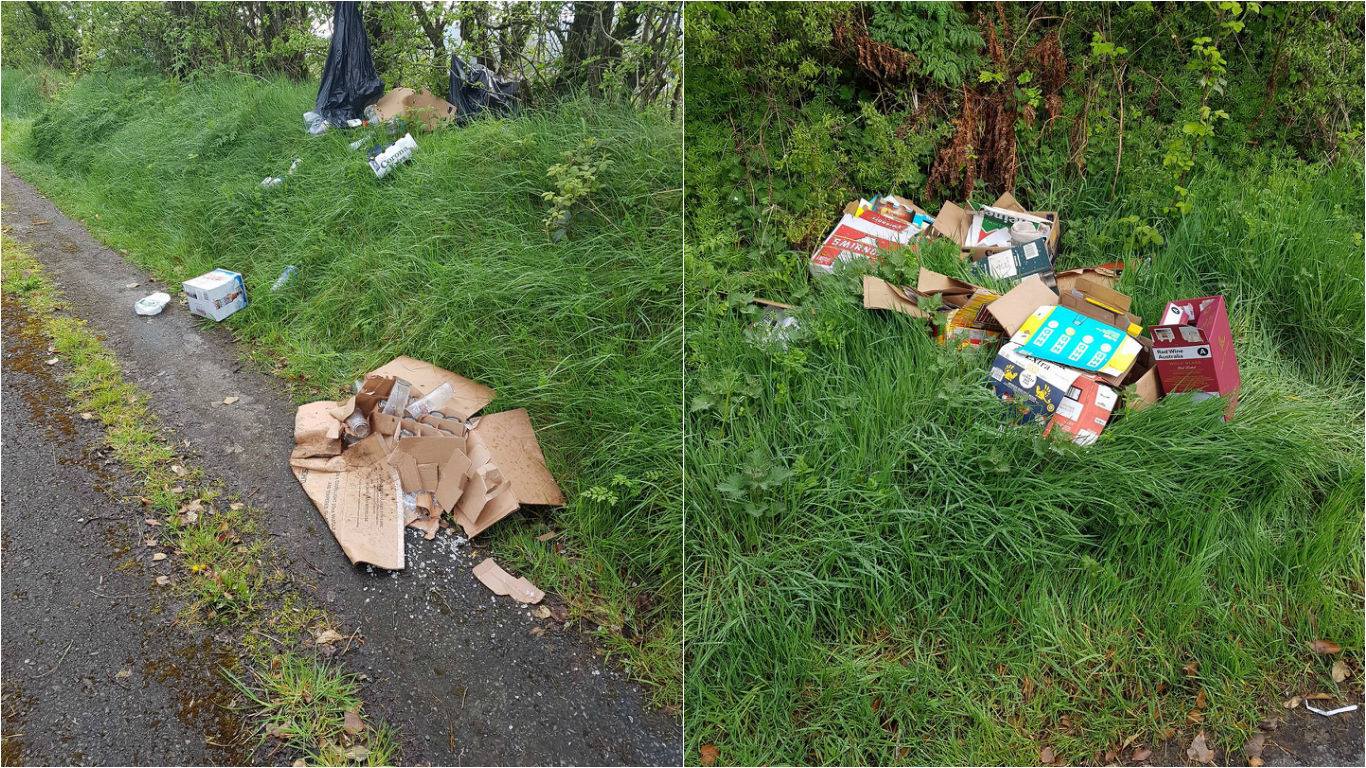 Another incident of flytipping with rubbish dumped along our roadsides with neither care nor regard.

This latest was in the Keady area.

The pictures were sent to us by a local man as he walked his dog on Sunday morning.

He was left disgusted by the actions of those responsible.

Cardboard boxes and general waste – including a full box of Coors Light pint glasses!! – have been dumped into hedges at the side of the road.

Once again, it is clear that a vehicle would have been used to transport the rubbish to the road, a vehicle which could just as easily have taken it to an an amenity site for recycling and general disposal.

The waste was located on the wee lane in Keady, which connects the Castleblaney Road to Church Street.

“I use it regularly,” said the man, adding that this was the first time he had noticed flytipping along this lane.

As always, in cases such as this, it will be ratepayers who pick up the bill cleaning up after such incidents.

Incidents of flytipping can be reported to Armagh City, Banbridge and Craigavon Borough Council.