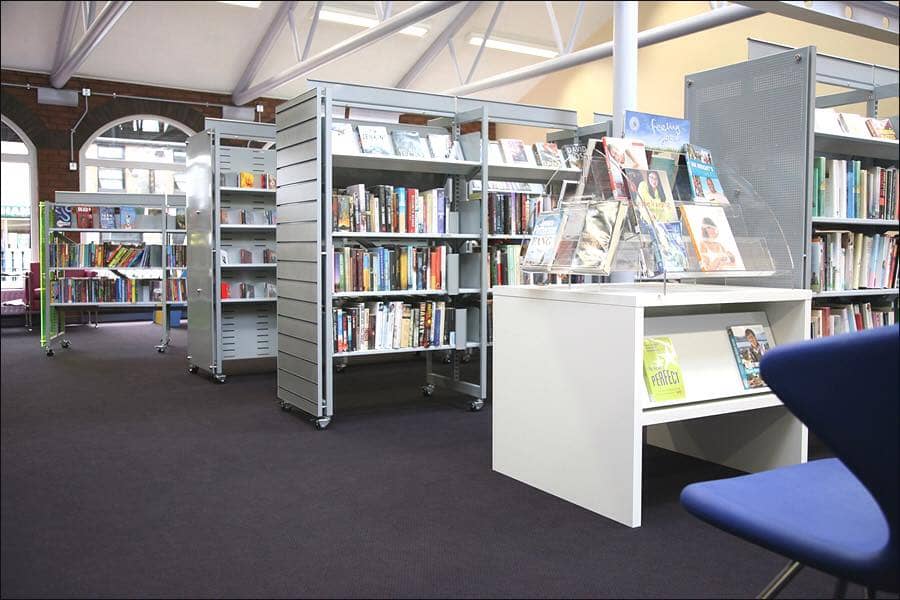 Keady Branch Library is set to have its opening hours slashed by 25% as part of budgetary cuts, Armagh I can reveal.

And, according to local SDLP Cllr Thomas O’Hanlon, other libraries across the city and district, including Armagh, Richhill and Tandragee, may also face similar curtailments to what he describes as a “vital service”.

It is not that long since Keady Branch Library was fully refurbished and it is widely used by people in the South Armagh town and further afield.

But now Councillor Thomas O’Hanlon has expressed “deep concerns over plans by Libraries NI to reduce the operating hours” from 33 to 25 hours per week – which represents a reduction of 25%.

He told Armagh I: “The library service is a crucial service to the people of Keady and wider area and these cuts could have a devastating impact locally if implemented in full.

“I was contacted by a number of library users and immediately made contact with the Chief Executive of Libraries NI Irene Knox, to outline my very real concerns about the proposals.

“The Chief Executive has advised that her budget has been slashed by £1.4m or 4.4%, and this is between now and March 2015, and this is only the beginning, as she has been advised to expect further in-year cuts.

“Mrs Knox has been very frank and honest in her replies to date, and has advised that half of these cuts are to come from the staff budget, with a saving of £520,000 being targeted.”

Cllr O’Hanlon said that, to a small town like Keady, the library was a vital service.

He added: “More and more our schools are turning to technology and children need access to computers and the internet to complete their homework and studies.

“Many in Keady and the surrounding area are turning to our local libraries to use their computer resources. This is particularly relevant with many in rural communities having little or very poor broadband services and the library is vital to our young people’s education.

“Mrs Knox has advised that this reduction is temporary to try and save money and, what is very concerning, is that she advises that most of the 98 libraries across the North will be impacted and will have hours reduced.

“There are other libraries in the council area in Richhill, Tandragee and in Armagh City, and I am to meet with Mrs Knox and her senior team in the coming days to discuss the very real impact of any cuts across the council area.”

Councillor O’Hanlon said he was fearful these cuts were the thin end of the wedge and “only the start” of things to come.

He said: “If the Stormont Executive cannot balance its books as it is, I fear these cuts will become permanent and will go even further. They threaten the very future of rural libraries.

“Libraries NI fall under the remit of Culture, Arts and Leisure Minister Carál Ní Chuilín and she must realise the devastating impact of her decision to raid the libraries’ budget.

“In my meeting with the Chief Executive, I will be seeking assurances that all possible is being done to protect our libraries and my colleague Dominic Bradley MLA will be raising the issue with Carál Ní Chuilín at Stormont.”