Keady burglary latest in spate of attacks on local priests 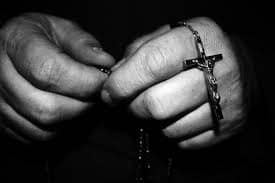 Two men have stolen a car and a sum of cash during an aggravated burglary at a Parochial House in Keady today (Monday), the latest in a string of attacks on Catholic priests in South Armagh.

The men forced their way into the property in the Madden Row area just before 6am and demanded a man inside hand over money and access to a vehicle nearby.

It is understood a Catholic priest, who lives in the Parochial House, was not harmed in the incident.

Police enquiries are continuing and anyone who witnessed this incident or who has any information is asked to contact detectives at Ardmore Police Station on 0845 600 8000 or call Crimestoppers anonymously on 0800 555 111.

Said Councillor McNally: “I hope [the priests] are not too shaken by this incident and I and my colleague Cathal Boylan will be paying a visit to the priests over the course of the day.”

This morning’s burglary is just the latest in a spate of raids on Parochial Houses in South Armagh in recent weeks.

On October 30, Fr Dermot Maloney was struck with a hammer and had a tooth knocked out when three teenagers attacked him at his isolated Parochial House in Jonesborough. The intruders locked Fr Maloney in a bathroom and he was forced to climb out of the window to raise the alarm.

His attackers, the youngest of whom is believed to be around 14-years-old, made off with envelopes containing a small sum of money that was due to be given to charity.

Less than a fortnight earlier two men conned their way into the Parochial House in Crossmaglen and, while they did not injure Fr Liam McKinney, they stole cash from the property, which is around 10 miles from Fr Maloney’s home.