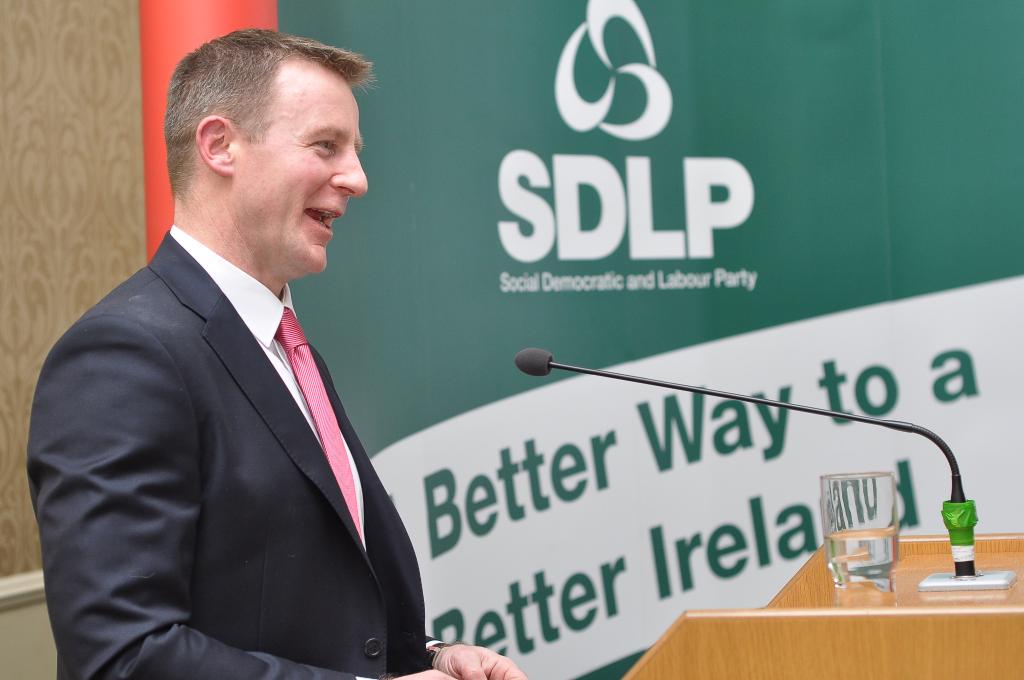 The SDLP’s Westminster candidate Justin McNulty has promised to push for progress on two major link roads around Armagh – as well as fight against the continued withdrawal of health services from the city.

The 2002 Armagh GAA All-Ireland winner was setting out his priorities for Newry and Armagh if he gets elected to Westminster in May.

Mr McNulty was formally selected by the party last week and will go up against Sinn Fein candidate Mickey Brady.

He will be hoping to win back the seat previously held by the SDLP’s Seamus Mallon until it was won by Sinn Fein’s Conor Murphy.

Ahead of that, Mr McNulty has now spoken of his hopes for Newry and Armagh and the need to do all possible to boost jobs, construction, tourism and health, among other things.

And he believes the creation of the new link roads for the city are vital in helping to achieve these goals.

Mr McNulty told Armagh I: “‘We have had two successive Roads Ministers from this constituency, and yet we’re no further forward on delivering the Armagh East and West Link Roads.

“These link roads will unlock the business and tourism opportunity of Armagh City like never before. We need to push ahead with them; my aim is to do that in Westminster.”

The South Armagh man also pledged to work to stop the drip drain of health service provision in the city and says his first meeting with officials will be with the Southern Health and Social Care Trust.

“That’s the importance I put on health and wellbeing,” said Mr McNulty.

“Armagh has suffered from the constant withdrawal of front line health jobs, from in-patient hospital services and now the Minor Injuries Unit.

“This just cannot continue. People are struggling to get an appointment with their GP and yet our health chiefs wonder why our A&E units are overcrowded.

“I am determined to make that change.”

The All-Ireland winning full-back also says more needs to be done to try and bring jobs to the area.

He said: “I have been deeply involved in the GAA all my life, and now we see small clubs, particularly rural clubs, struggling to field a team because many of our young people have had to leave these shores for work.

“We thought those days were behind us. We need to see government work with industry to create jobs locally, in the SMEs, the high-tech creative arts and technology industries, in construction and in rural communities.”

Mr McNulty, who was selected at a packed convention at Armagh City Hotel on Thursday night, also took a swipe at Sinn Fein MPs not taking their seats at Westminster.

“I want to me an MP that works for everyone,” he added. “Abstentionism is a policy from the past; this is new fresh politics.

“You wouldn’t pay a doctor who doesn’t go into surgery, or teacher who doesn’t go to school. I’m going to take my seat and fight for the rights of all of the people of this constituency.”

The SDLP candidate said he was “delighted and filled with determination to justify the faith that the party has placed in me”.

“This is a game changer seat,” he said.

“The balance of power in Westminster may well, in certain circumstances, be held by Newry and Armagh. But we can change the game by winning this election. We will show the electorate that we are worthy of their trust.

“This goal is worth going for, and it is within reach. I will give my heart, my soul, my every waking moment to restore passion and pride to politics and to the people of Newry and Armagh who have been so badly let down.”

The Ulster Unionist Party and DUP have previously named their candidates for Westminster as MLAs Danny Kennedy and William Irwin respectively.