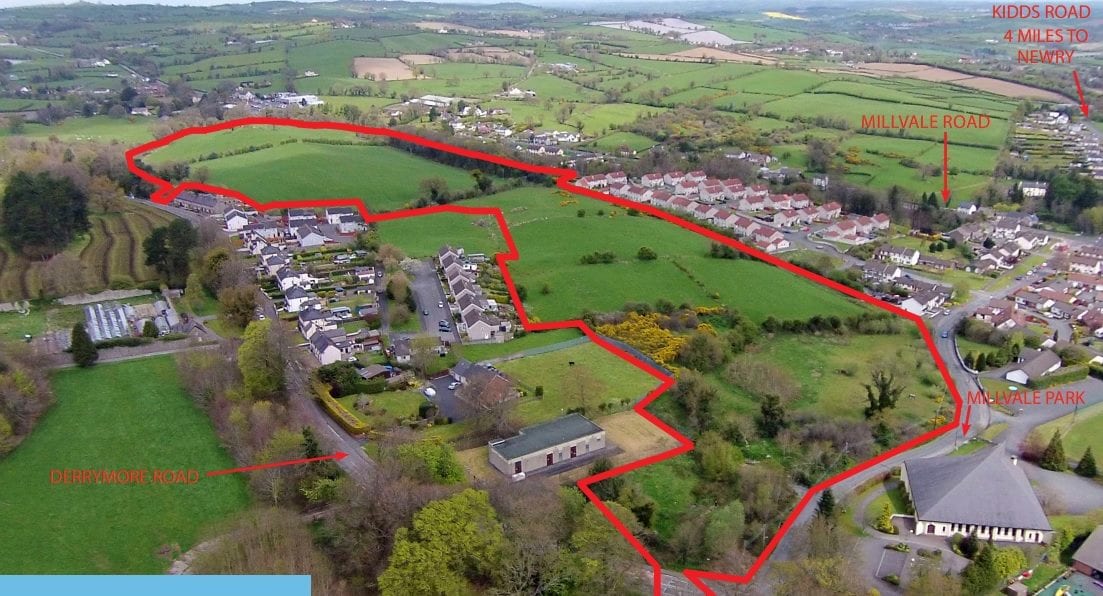 A huge housing development – at a cost of £17 million – is being planned by an award-winning property group in a south Armagh village.

Almost 250 new homes have been earmarked for massive site in Bessbrook, a development which could transform the face of the historic ‘Model Village’.

The ambitious proposals are being put forward by the Banbridge-based Lotus Homes NI.

The company is no stranger to Bessbrook, being behind the highly sought after Mill Meadows development on the Millvale Road.

Now it is planning to build 246 new properties in the village – a mix of 166 semi-detached and 80 detached homes.

A planning application for the work has been submitted to Newry, Mourne and Down District Council and is currently under consideration.

The proposal relates to a site at McKnights Hill, to the north of the Church of the Good Shepherd and to the rear of Derramore Crescent and Terrace and west of Brooklawns – including the entire area stretching as far as the Bessbrook River.

All homes would come with garages and private driveways. There would also be a new right-hand turning lane and site access from McKnights Hill, as well as associated site works.

Given the size of the development, it is also planned to include a children’s play area.

The developer Lotus Homes won the ‘Residential Development of the Year’ award for its Lotus Village, based on the site of a former shoe factory on the Newry Road, Banbridge, last year.

The Belfast Telegraph Property Awards celebrate excellence within the sector and provide an ideal platform to showcase outstanding work.

The Bessbrook plan is the latest in a line of prestigious developments which Lotus has now set its sights on.

If approved, it will also represent a major boost to the local construction industry.