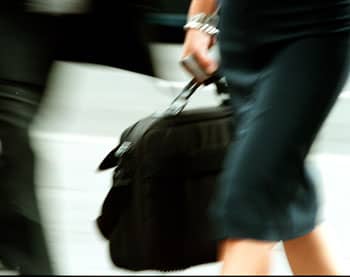 A WOMAN walking with her young grandchild had her handbag snatched in broad daylight in the centre of Armagh.

And police have now issued an appeal for witnesses to the incident – which happened at around 2.40pm last Thursday, January 10 – to come forward.

The 64-year-old had been walking along the McCrums Court entry between Sainsburys and Market Street when a man approached and snatched her bag from her arm. He fled in the direction of Sainsburys and the handbag – minus money – was found a short time later dumped in public toilets close to the car park.

The thief is described as being in his mid-2os and approximately six feet tall, of slim build, with dark hair and eyes and a slightly swarthy complexion. He was wearing a grey or silver jumper and dark bottoms.

Police are appealing to anyone who witnessed the robbery or who has any information to get in touch on Armagh 0845 600 8000. Alternatively, information can be passed anonymously to Crimestoppers on 0800 555 111.