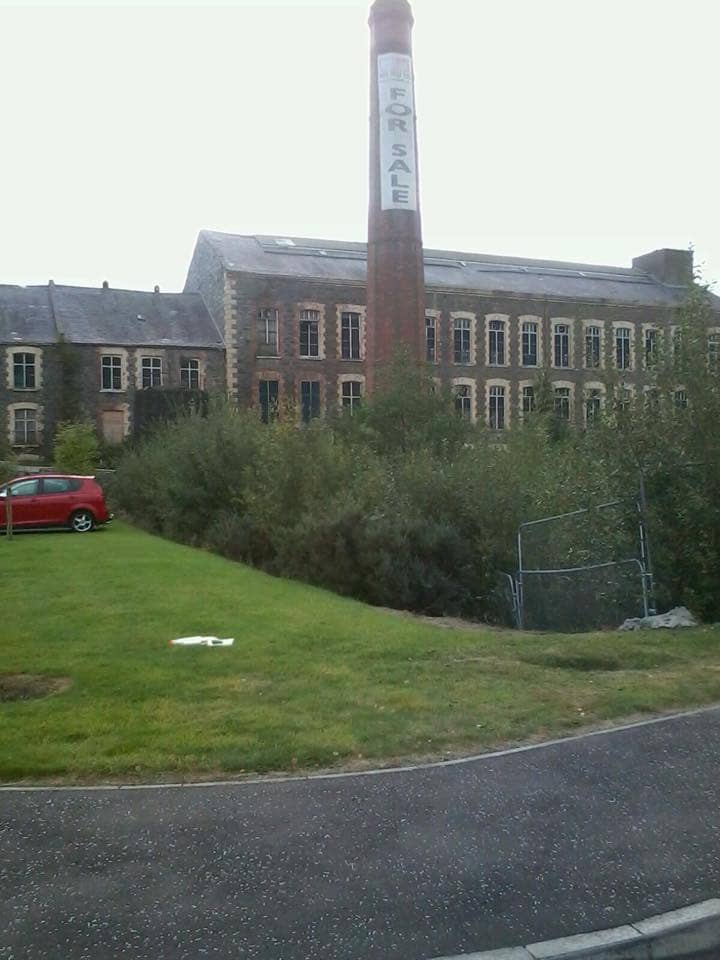 Sintons Mill in Tandragee has been sold at public auction, bringing fresh hope that it may be about to be brought back into productive use, Armagh I can exclusively reveal.

Almost 20 years after the mill ceased operating, the now derelict but iconic buildings are under new ownership after being bought for £110,000.

Armagh I understands that the mill and the land on which they are set have been bought by a local businessman.

Sintons Mill, which dates back almost a century and a half, employed 200 people in 1996, but a downturn in the textiles industry led to it closing.

At one time, in the 1880s, it was the largest employer in Tandragee, offering work to more than 600, with almost every household in the town relying upon it for a wage.

The company’s mill in nearby Laurelvale employed more than 700 but it too is also long gone. Both had a worldwide reputation for the production in linen.

Now the hope is that the famous Co Armagh landmark will rise again and be restored to former glories.

The property, which consists of a Grade B2 listed mill building, covers a site extending to some 2.8 acres, and occupies a prominent location at the bottom of the town, close to the junction of Glebe Hill Road, Scarva Road and Mill Street.

It is not known at this stage what the new buyer intends for the property.

But full planning approval was granted for the site five years ago for a major residential development.

It permitted the “repair and remodelling of existing listed buildings to provide 59 No. residential units, including new build apartment blocks for a further 113 No. units (total 172 units) with provision of a basement car park”.

The entire site falls within the town centre development limit of Tandragee, as dedicated by the Armagh Area Plan 2004.

Independent Unionist Councillor Paul Berry has been to the forefront of encouraging regeneration in Tandragee and surrounding areas during his time on Armagh City and District Council.

He told Armagh I he was “encouraged to learn of the recent sale of this famous Mill by a local successful businessman”.

Mr Berry added: “This famous Mill dates as far back as 1865 and provided hundreds of jobs over many years when the linen industry was thriving.

“For many years this key economic site has lain vacant and there was always hope locally that it would be developed and put back to use again in whatever form.

“I am a strong advocate for rural towns and, over recent years, towns like Tandragee have held strong and new businesses have appeared, which is very encouraging.

“I have no doubt that the local businessman will use his expertise and knowledge to make the Sintons Mill building a great asset to the local economy and I am happy to work with such people to see what local government can do to assist.”