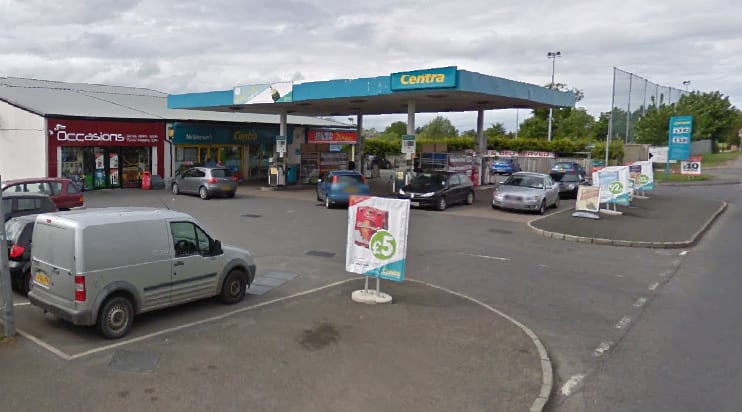 Four men believed to be involved in burglaries in Killinchy, Markethill and Keady have been arrested.

Yesterday morning, January 5, it was reported that a green Range Rover had been stolen from a property in Ballymacashen Road, Killinchy.

This vehicle was later reported to police when a member of the public observed the range rover acting suspiciously in the Drumaghadone Road area of Banbridge around 10pm on 5 January.

Details of the outstanding vehicle were circulated to police crews across E District and officers in Markethill observed the range rover around 11.10pm. It was later discovered that hairdressing premises in the town had been burgled.

Police resources were deployed in the Armagh and South Armagh areas as the car was observed driving towards Keady.

A vehicle checkpoint was undertaken in the Davis Street area of Keady and around 1.06am on Tuesday, 6 January, the Range Rover approached the checkpoint with no lights on and attempted to drive through. The vehicle was stung but continued on. Officers conducted a search of the area and the vehicle was located abandoned in Market Street.

Police were also informed of a burglary at a Centra store in Keady around this time. A sum of cash was taken.

Police officers conducting enquiries in the local area became aware of the theft of a silver Ford Focus from the Lake Road area of Keady.

Details of this vehicle were circulated to all local crews and An Garda Siochana. This vehicle was later observed in the Newry area around 2.48am.

Police teams in E District and C District were notified and at 3.56am a blue Peugeot 106 was stopped by officers in Mill Hill, Castlewellan. A sum of cash was located in the vehicle and four men were arrested.

A silver Ford Focus was found on fire in Castlewellan Forest Park a short time later.

The four men are currently assisting police with their enquiries.

E District Crime Manager, Detective Chief Inspector Stephen Wright said: “This was a time consuming and resource intense operation which involved officers from across E District and into C District. All officers worked together to keep track of the vehicles used and also notified our colleagues in An Garda Siochanca when it became apparent that the car was crossing the border.

“Through shared communication and joined up working we have located and apprehended four suspects.”