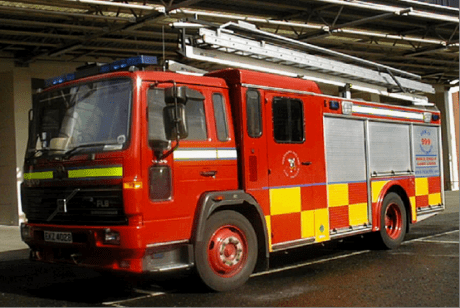 Four dogs died after a fire broke out in Lurgan, Co Armagh, early this morning.

Northern Ireland Fire and Rescue Service personnel attended the scene of the blaze when a report came in shortly after midnight.

Appliances from Lurgan rushed to the scene of the fire in the Soye Crescent area of the town.

The blaze centred around a domestic garage and a heating oil tank and Lurgan firefighters were forced to call for assistance from their colleagues in Portadown.

Residents of three houses were evacuated to safety as the crews tackled the fire, using a foam jet and hose reel.

Those evacuated were later allowed to return to their homes when the fire had been brought under control.

But, the NIFRS confirmed: “Sadly four Jack Russell dogs perished in the incident.”