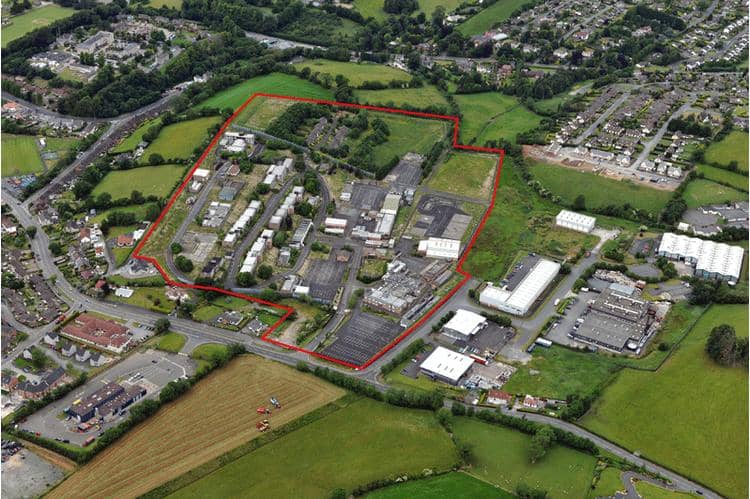 Drumadd Army Barracks in Armagh has been sold for redevelopment, Armagh I can reveal.

The former barracks, a high profile military base during the Troubles, was vacated in July 2007.

It was handed  over to defence estates for disposal and, after preliminary discussions with the Northern Ireland Executive and other key stakeholders, was placed on the open market by the Ministry of Defence in 2010.

BTW Shiells confirmed to Armagh I that the base had been acquired on behalf of the Armagh Business Park Ltd, which already has developed on adjacent land at Hamiltonsbawn Road, with further development ongoing.

The site, when sold, consisted of a range of buildings, including offices, workshops, stores, residential quarters and associated dining and recreational buildings. It also included 10 houses for military officers, comprising three and four semi-detached and detached properties, with integral garages and gardens.

There was also included in the sale a substantial portion of undeveloped land.

The existing buildings are now being advertised for letting as individual units by Armagh Business Park Ltd.

At one stage in 2011, Asda had been linked to the site but this interest was short-lived. Tesco announced at the same time that it was planning a major store on the site of the former Fane Valley site at Alexander Road.

It is not that long ago either that Armagh City and District Council had been considering the old Army Barracks as a possible site for a new recycling centre, but it is now looking to Station Road in this regard.

The former Drumadd base is seen as an attractive site for development, given the future plans for the east link road emerging in the area.

Armagh Business Park advertised itself as having one of the greatest varieties of commercial properties to let in the Armagh area, with properties and buildings suitable for a wide range of business uses. Tenants have access to their workspace 24 hours a day, seven days a week and there is ample free on-site parking.

It is offering office space from 20 sq ft up to to 35,000 sq ft, with offices having shared facilities such as photocopying, kitchens, reception services and on-site management.