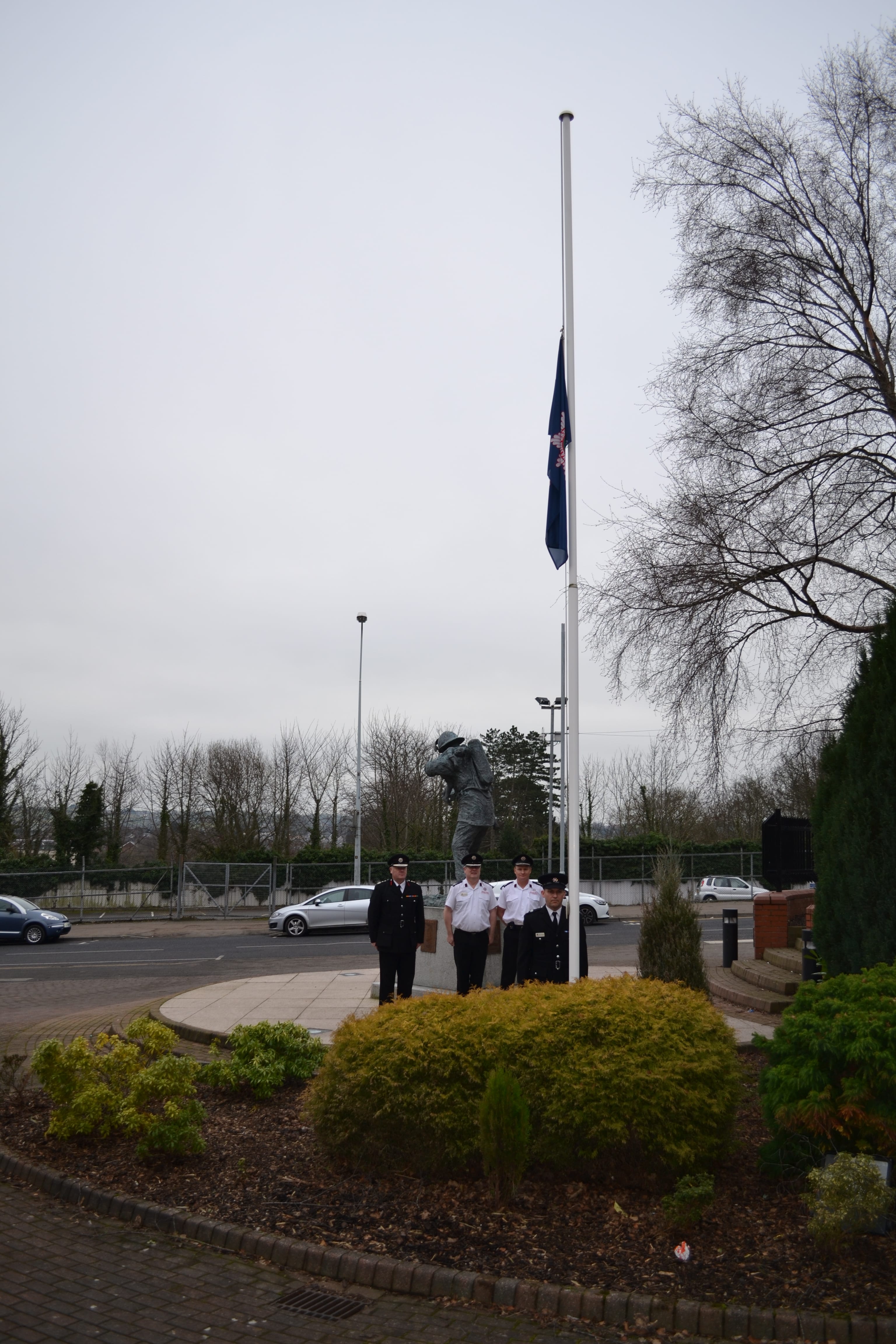 Senior fire service personnel and colleagues of Nial Hamilton – the 44-year-old firefighter who died on operational duty in Co Armagh – have lowered the flag to half mast to mark the first anniversary of his death.

It was a poignant occasion at NIFRS Headquarters in Lisburn, where the Chief Fire Officer Chris Kerr held a short ceremony in memory of the brave Enniskillen man, who collapsed at the scene of a fire in Lurgan on February 10 last year.

Yesterday, Tuesday, marked the first anniversary of the tragic death of the father-of-two.

Chief Fire Officer Kerr said the thoughts and prayers of all in NIFRS would be with Nial’s wife Ruth, sons Alex and Rory, his father and mother, Eric and Vera, and the wider family circle at such a difficult time.

Nial collapsed at a call-out in Lurgan and his colleagues gave immediate First Aid and requested an ambulance.

He was treated at the scene by paramedics and taken to Craigavon Area Hospital but, despite the best efforts of all the medical staff, tragically died.

Speaking at the time, Nial’s Area Commander, John Denvir, said: “On behalf of everyone at Lurgan Fire Station who served alongside Nial and all his colleagues throughout Portadown District and Southern Area Command, we are devastated following the death of our friend and colleague, Firefighter Nial Hamilton.

“Our thoughts are with his wife and sons, his family circle and his many friends and colleagues. Nial was a dedicated firefighter, a very popular member of our team and he had a very promising career ahead of him.

“He will be greatly missed by everyone who knew him.”