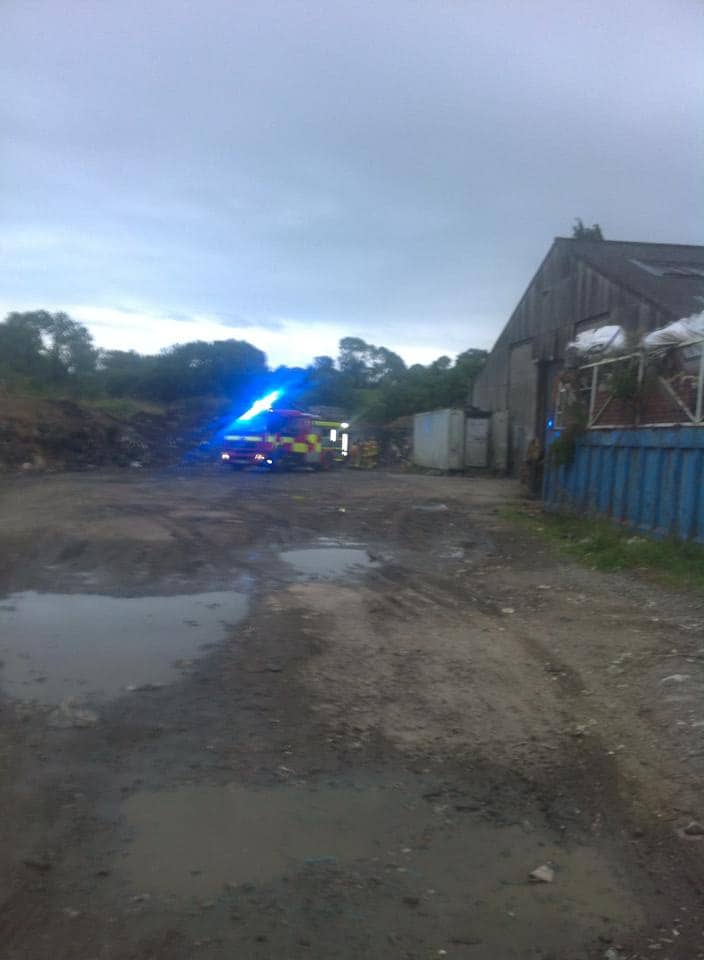 Our picture shows NI Fire and Rescue Service attending the latest fire at Milford which has been causing great health concerns for residents of the Co Armagh village.

Just five days ago Armagh I first reported on this issue, when we said NIFRS had been called to the same field in Milford on 10 separate occasions since the fire first started on July 11.

The fire is believed to have been started deliberately on each occasion.

Concerned resident Ciara McKenna first contacted Armagh I after her child picked up a chest infection which she said was the result of the fumes emanating from the fire.

And now Fire Service are currently back at the scene.

“This fire has been lit again, only now it has been moved a few yards,” Ciara told Armagh I tonight.
“They are also burning tyres along with plastic and various other illegal waste items.
“It is absolutely ridiculous that this has been ongoing for almost three weeks now. I have lost count how many times the fire service have been out.”

Last week Ciara told us how  she and a few of the residents in Milford had had their children diagnosed with chest infections since the blazes began.

“The fire ignited this evening [Thursday] and within 10 minutes the whole of our estate was covered ina layer of smoke. There have been five newborns in our area in the last three weeks – this is what they are being subjected to!

“The fire men have said the fumes are toxic and dangerous. We need to get this fire out because our children have suffered long enough.”

An NIFRS spokesperson said: “In the last 10 days firefighters from Armagh Fire Station have attended and dealt with 10 separate fires in a field behind the Linen Green area of Milford in Co Armagh. On each occasion the fire involved significant amounts of newly deposited illegally dumped waste which had been deliberately set alight.

“As a result, there is a heavy plume of smoke in the area and residents have been advised to close windows and doors as a precautionary measure.  We are continuing to liaise closely with PSNI and Environmental Health to address this issue.”

A DOE spokesperson said: “NIEA are currently investigating a fire next to an authorised plastic recycling business in the Milford area. NIFRS have attended the fire on several occasions and are working with NIEA to ascertain the cause and details of the incident.”

A police spokesperson said: “Police in Armagh have received reports of concern in relation to fires being lit in the Linen Green area of Milford over the last few weeks.

“It has been reported that commercial waste is being burned. Police are liaising with their partner agencies to address this issue. A white Toyota Landcruiser has been seen in the local area and police are appealing to the driver of this vehicle to contact them.

“Police would also like to hear from anyone who notices suspicious activity in this area to contact them at the earliest opportunity on the 101 non-emergency number.”