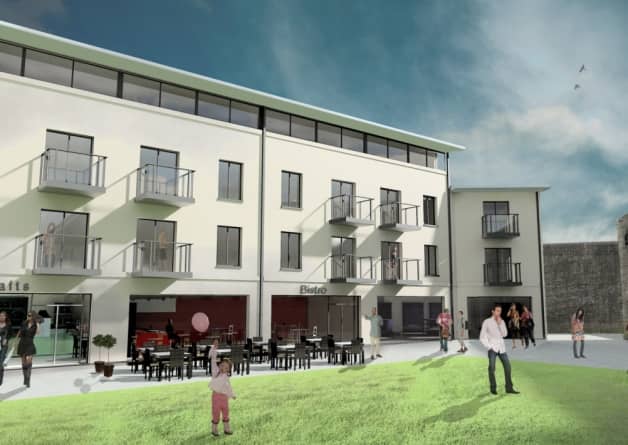 The planned regeneration of Armagh Gaol as a luxury boutique style hotel could be in jeopardy, it is being reported tonight.

BBC NI says the Osborne Group could be about to withdraw from the £25 million development – which would create in the region of 350 jobs – over difficulties between the levels of funding being put towards the scheme by all those involved.

Armagh City and District Council is contributing £2 million towards the works, which also includes retail units, while the Osborne Group has reportedly upped its contribution from £8 million to £11 million.

The Northern Ireland Executive is contributing £6 million to the Gaol scheme but, if this is not increased to £10 million by September, the English-based property developer may withdraw from the development.

It was in February 2009, that the Trevor Osborne Group, in partnership with Armagh Council and The Princes Regeneration Trust, signed the partnership agreement to develop Armagh Gaol into a luxury boutique hotel.

Owned by the district council since the 1990s, the property was put on the market in 2008 with the view to the site being sympathetically restored and the heritage of the building protected for future generations.

In addition to the four-star hotel, the project would also have boasted public spaces, 28 apartments, restaurants and commercial space, and a heritage and community centre.

Trevor Osborne told BBC NI: “I think it would be a disaster for Armagh if this did not go ahead. What has proved difficult is for the individual budget holders to come to terms with what they should each contribute.”

“The current business case was premised on very different market conditions which existed years ago.

“Sinn Féin will continue to explore options for the redevelopment of this site. A clear example of good practice already exists if we look at how the Crumlin Road Gaol has been transformed.

“Any development must have at its centre the needs of the local community and should progress in a way that benefits local businesses and infrastructure in Armagh city.”