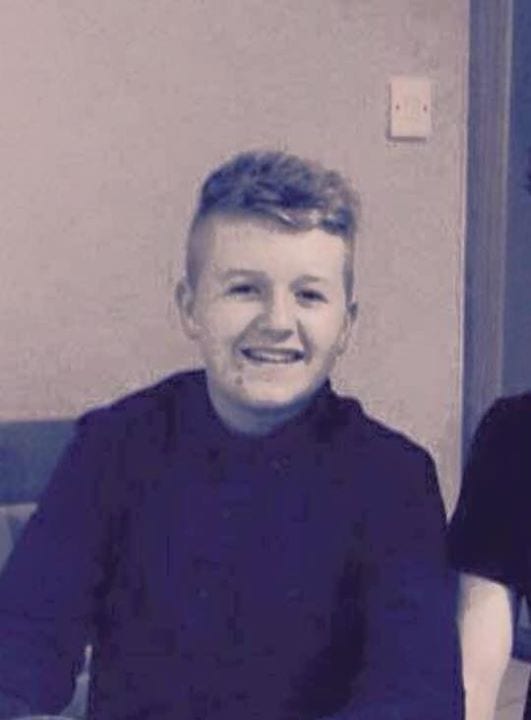 The family of Eoin Farrell, one of the two young men who died in a road traffic collision on Tuesday, have made an emotional appeal for help in finding a missing jacket.

Seventeen-year-old Eoin, a student at the Southern Regional College in Newry, died alongside pal James Miskelly, also 17 and from Mayobridge, when the car in which they were travelling left the Kilbroney Road in Rostrevor at around five to midnight and struck a wall.

Eoin, the son of Gerard and Leon, from Drumreagh Park in Rostrevor, was laid to rest at Kilbroney Municipal Cemetery after Requiem Mass in St Mary’s Star of the Sea Church yesterday (Friday).

Today one of the young student’s three sisters, Sarah-Louise, appealed for help in finding a jacket belonging to the motor enthusiast.

The Scania jacket had Eoin’s name on it but it has been misplaced.

Sarah-Louise, in an appeal shared via a local shop’s Facebook page, says the family had heard Eoin had given it to someone – a girl on a night out.

Sarah-Louise writes: “If anybody knows who has the jacket could they please return it to us! Mummy and daddy would really appreciate it.”

If anyone can help, please make contact directly through Williamson’s Nisa Local Rostrevor