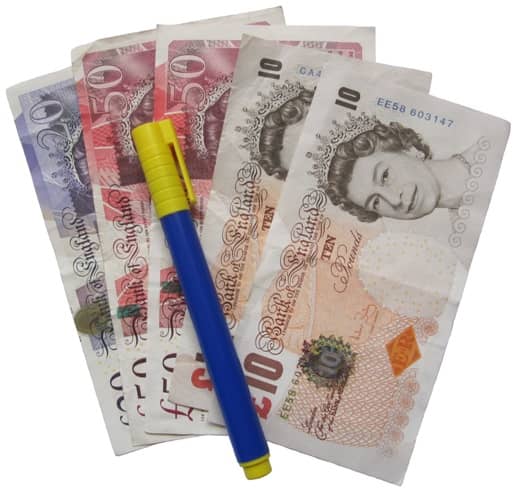 Police in Craigavon have arrested two men after at an attempt was made to buy electrical goods with counterfeit currency yesterday, Tuesday.

Sergeant Alwyn Peters said that, at around 3pm, the pair tried to purchase a television and laptop at a supermarket on Central Way.

He added: “Staff checked the notes which were found to be counterfeit and the sale was refused. Shortly after 6pm two males entered a motoring and bicycle store in the same area and purchased a car stereo and sat nav.

“They left the store and it was discovered that the notes used to purchase the items were counterfeit.

“Our enquiries revealed that two males had visited a store of the same chain in Armagh a short time later to try and exchange the items. We were able to determine what type of car the men were travelling in and we stopped a red Volkswagen Jetta on the M1 just after 9pm.