Explosion heard in Keady as cash stolen from supermarket ATM 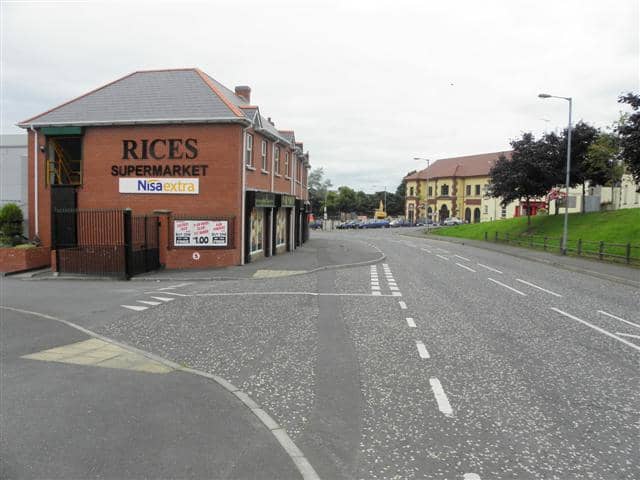 Police in Armagh are appealing for information following the theft of a sum of cash from an ATM machine in the Victoria Street area of Keady in the early hours of this morning.

At approximately 2.45am police recieved a report of a loud bang in the area of the ATM machine. As a result ATO were tasked to the scene.

Damage was caused to the door and front panel of the ATM machine and a quantity of cash was stolen.

There was no damage caused to any other property.

SDLP Councillor Thomas O’Hanlon has condemned those responsible for the robbery.

Cllr O’Hanlon has claimed the robbery has caused significant disruption to residents, motorists and businesses in the border town.

“An explosion was heard in Keady by local residents and it soon became apparent that the explosion was caused by those seeking to remove a Cash Machine located at a supermarket on Victoria Street in the town.

“Early indications are that those responsible got away with a significant amount of money as I am advised that the machine was only replenished yesterday morning.  Not only have they got away with money but they have caused significant disruption in the town this morning as the police operation set in place resulted in Victoria Street, which is the main route to Newry and Newtownhamilton, being closed for a period of time.

“Whilst the road itself is now open, there are still a lot of restrictions in and around the usually busy retail premises this morning.  The property owner cannot get full access to the part of the property concerned, I don’t believe there has been much damage done to the retail premises, but this will be assessed later in the day.

“Those responsible must be condemned out right; their actions have caused real disruption to the town and its people. People are rightly angry and time and time again this morning the response I have been getting is ‘if these people would go out and earn a living like the rest of us, instead of robbing.’

“Police are still at the scene, as are their forensics team.  The advise me that they are trying to see if there are any commonalities with this incident and indeed other similar robberies right across Ireland, North and South over recent months.  However I would appeal to anyone locally who has seen anyone acting suspicious in and around Victoria Street or Bridge Street in recent weeks to come forward so those responsible can be brought before the courts.”

Sinn Féin MLA Cathal Boylan has condemned those responsible after visiting the scene.

“I have spoken to staff and customers of Rice’s supermarket and they are shocked at what has happened,” he said. “This latest incident comes just weeks after an ATM was targeted in the same fashion in Hamiltonsbawn. Rural communities rely on these amenities and for them to be targeted in this war by criminal elements is extremely damaging for local people.

“This is the second such incident in recent weeks and local people are worried that it is the same perpetrators at work.

“Those responsible have shown little regard for the local community and i urge everyone with any information to contact the PSNI.”

In all three incidents, gas ignition may have been  used to remove the ATM.

“Our advice to the public is to avoid any ATM  that appears to have been tampered with and, in particular, do not approach any which has hoses, wires or other items leading from it. Call the police immediately on 999.”

A number of arrests have been made in relation to the incidents in Carrickmore and Hamiltonsbawn. Two men have appeared in court on charges linked to the Hamiltonsbawn incident. Police enquiries are  continuing.

Police are appealing to anyone who may have noticed any persons or vehicles acting suspiciously in the Victoria Street area of Keady between 1.00am and 2.45am to contact them in Armagh on the 101 non-emergency number. Or, if anyone would prefer to provide information without giving their details they can contact the independent charity Crimestoppers and speak to them anonymously on 0800 555 111.