“The next time this planet parade will occur won’t be until 2040, so fingers crossed for clear skies and cooperating weather.” 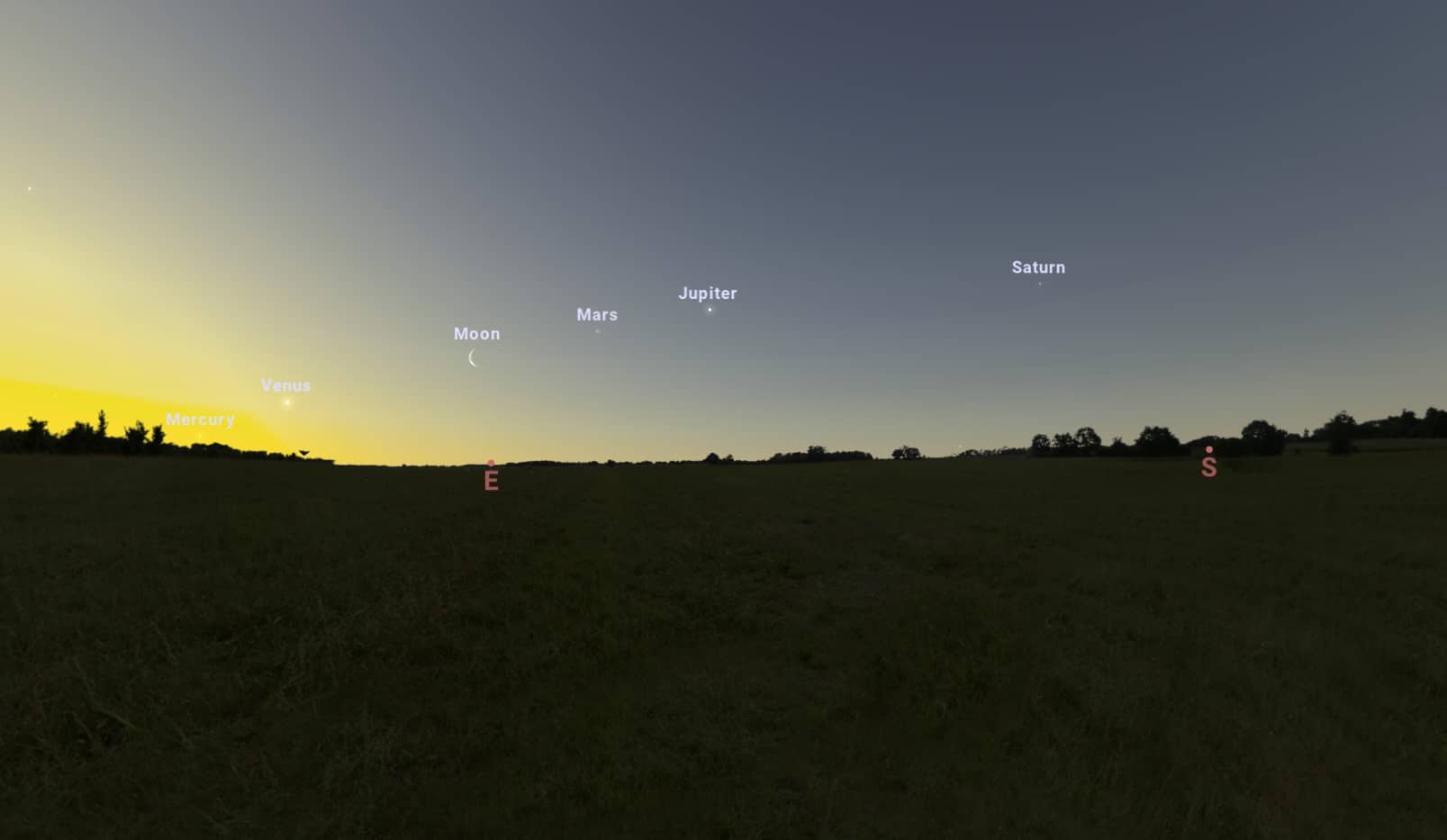 A super spectacle is happening in the night sky from this evening and won’t be seen again until 2040!

The five planets — known as ‘naked eye planets’ because they can be seen without the use of binoculars or telescopes — are set to align.

Mercury, Venus, Mars, Jupiter, and Saturn will be aligned in their natural order from the Sun, with the partial Moon joining them before sunrise.

This fascinating display peaks tomorrow morning (Friday, June 24) during the waning crescent Moon and will be the best day to witness this marvel, weather permitting.

What makes this event even more unique is the planets are visible in their natural order from the Sun. Not since December 2004 has this occurred; two or three planets strung across the sky is common but getting the fab five together at once happens much less often.

In the next few months, the planets will appear to spread out farther and farther each morning.

By September, Venus and Saturn will exit the stage. Mercury, Venus, Mars, Jupiter, and Saturn will not appear in this order again from the perspective of the Earth until August of 2040.

Dr Rok Nežič, Tours & Outreach Officer at Armagh Observatory and Planetarium said: “The best morning to view it is June 24th, because the Moon will be in its waning crescent phase. The Moon will also join the alignment and will be perfectly placed between Mars and Venus. This is the morning to shoot for!

“The next time this planet parade will occur won’t be until 2040, so fingers crossed for clear skies and cooperating weather.”

“Once you do, your eyes will be adjusted, and you will be able to see the entire alignment. They will form a nearly perfect arc from the East to the South. On the morning of the 24th, the Moon will join the alignment and be perfectly positioned between Mars and Venus.”

Saturn will be first planet to appear, making its way into the sky in the middle of the night followed by Jupiter and Mars, which will come into view around 1:30 a.m. and 2:00 a.m. respectively.

Next is Venus at 3:30 a.m. and Mercury (the smallest and hardest to spot of the five planets) will complete the alignment about 30 to 40 minutes before sunrise.

If you want to catch the rare phenomenon for yourself, an evening with low humidity and little cloud cover is the optimal set up for perfect star gazing.

Dr Rok also suggests choosing a spot with a clear view of the east and southeast horizon, as well as an area with little artificial light pollution, if possible.