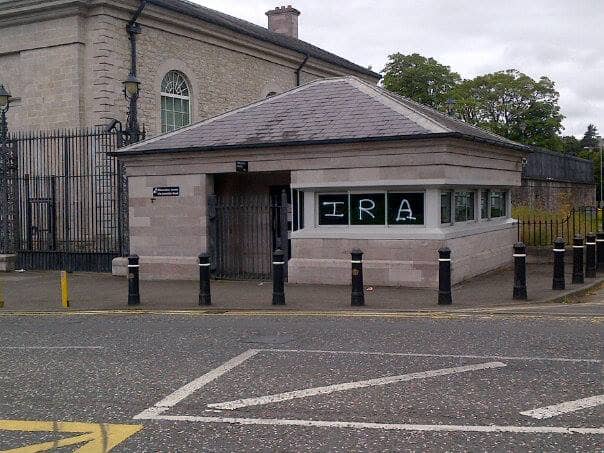 Police in Armagh say “enquiries are continuing” after ‘IRA’ was painted on a building at the city’s courthouse at the weekend.

A PSNI spokesperson said: “Police in Armagh are aware of sectarian graffiti on a building at the courthouse.

“It is believed the slogan was painted on to the building sometime shortly after midnight in the early hours of Sunday.”

Anyone with information on the criminal damage or who may have witnessed it taking place can contact the non-emergency number on 101.