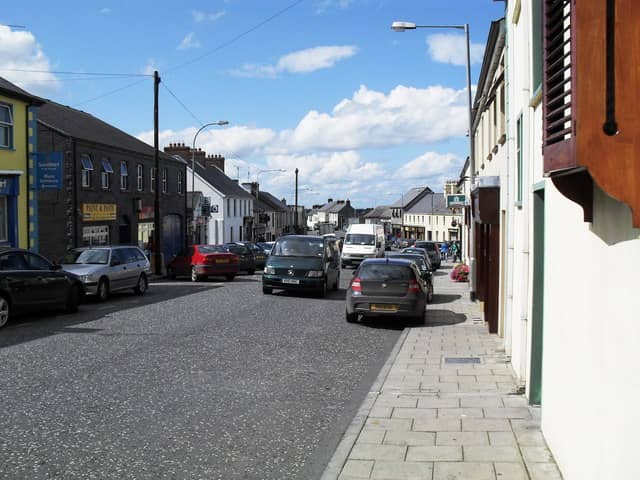 Those responsible for planning an ‘elaborate hoax’ in Crossmaglen have been accused of attempting to sabotage Christmas.

The rural village in south Armagh was in lock down for much of last week with several roads closed off – including the Dundalk Road between Foxfield Road and the border – making it difficult for people to get in and out of the area after a suspicious object was found close to the north-south electricity interconnector pylons.

To add further chaos, the B30 from Crossmaglen to Newry was also closed during the day for roadworks.

The disruptions affected many businesses around the village as the streets were left virtually empty much to the concern of traders in the run up to the holidays.

Three families were also evacuated from their homes and moved to stay with relatives for a number of nights.

Despite all of this, the people of Crossmaglen remained determined not to let the disruptions ruin their traditional Christmas Lights switch-on which, as normal, attracted a huge crowd including people travelling from County Louth and Monaghan to join in with the festivities.

Last Tuesday, police issued a warning to people in the area to be vigilant and not to approach suspicious objects.

It followed a telephone warning that a bomb had been left in the town.

The person who made the call used a recognised codeword.

Sinn Fein Councillor Terry Hearty said: “Families with elderly people and young people involved had been forced out of their homes for days with just weeks to Christmas, it was certainly not ideal.

“The village had been really upset, the streets were practically empty for much of the week.

“However, we all enjoyed a decent night on Friday and it was a good way to end a hectic week.”

Danny Kennedy, Ulster Unionist MLA for Newry and Armagh, said: “The vast majority of the people in South Armagh want to live in peace, free from the threat of terrorism.

“Those who are trying to kill innocent people with a bomb attack in Belfast and heighten tensions with bomb alerts in other areas offer nothing, but a corrupt ideology. They might copy the tactics of the Provisional IRA, but like them, they will still not achieve a United Ireland.

“Politics is the only way forward.”

A spokesperson for the PSNI said: “The threat from dissident terrorist groups in E District is regarded as severe (as it is across the whole of Northern Ireland) and has been for some time.

“Despite this ongoing threat, PSNI officers throughout Armagh, Banbridge, Craigavon and Newry and Mourne commit themselves daily to working in their communities to provide them with the level of policing and support they deserve.

“Tackling the threat is not a matter for Police alone.

“There is a responsibility on the wider community to raise their voices against dissident groups and help the Police by providing information and support. Police will always be more successful with the active support of the community.

“We continuously monitor our levels of resources to ensure operational capability at all times.

“We are confident we have sufficient capacity to continue to deliver a policing service to all.”