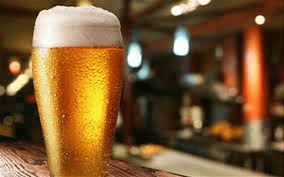 It may be a Bank Holiday weekend in a few days time, but those expecting late nights in local pubs and clubs over the Easter period have been warned that restrictions on opening hours will again be rigidly enforced by the PSNI.

Licensed premises have also been urged to make their customers aware in advance of the restricted hours, which will see premises closing early on some of what should traditionally be the biggest nights of the year.

Publicans have expressed frustration that Easter opening hours have not been extended – almost two years after a public consultation.

Pubs of Ulster are currently negotiating to have a change in the law with which would permit extended opening hours on Holy Thursday and Holy Saturday nights. But it may be 2016 before this change comes into effect.

Restrictions on selling alcohol are currently in place from tomorrow, Thursday, until Easter Sunday.

A public consultation about extending the opening times over the Easter holidays was carried out in 2012.

Alcohol can only be served between 5pm and 11pm on Good Friday. Bars have to stop serving at midnight on Thursday night and Easter Saturday.

He proposed extending serving times by one hour to 1am on the Thursday before Easter and on Easter Saturday. There are no plans to extend the laws on Good Friday and Easter Sunday.

Pub owners say they hoped that the new rules would be in place for this Easter but, as yet, Mr McCausland has not brought any new legislation forward.

For Easter 2014, pubs will continue to operate within licensing restrictions.

Colin Neill, chief executive of Pubs of Ulster, said he was disappointed the rules had not been changed in time for Easter 2014 and that his members cannot “take advantage of this economic opportunity due to restrictive licensing hours”.

He said “It’s now been two years since there has been a review of liquor licensing and we were hopeful then that there would be some movement. We understand Easter is a sensitive issue but I think there is room for compromise and we had hoped that was coming.

“Here we see another year where our industry cannot take advantage of the tourism trade and the beginning of the holidays.”

Mr Neill also said that current laws can make it even more confusing for consumers.

There are also concerns that the regulations are having a serious impact on pubs and clubs at a time when they are continuing to find trading conditions difficult.

The PSNI said that they were continuing to co-operate and work closely with licensees locally, but they warned that there had been no change in the opening hours.

“It is important to point out that those holding licences to sell alcohol are expected to know and understand the restrictions which exist for licensed premises over a period such as Easter,” said a spokesperson.