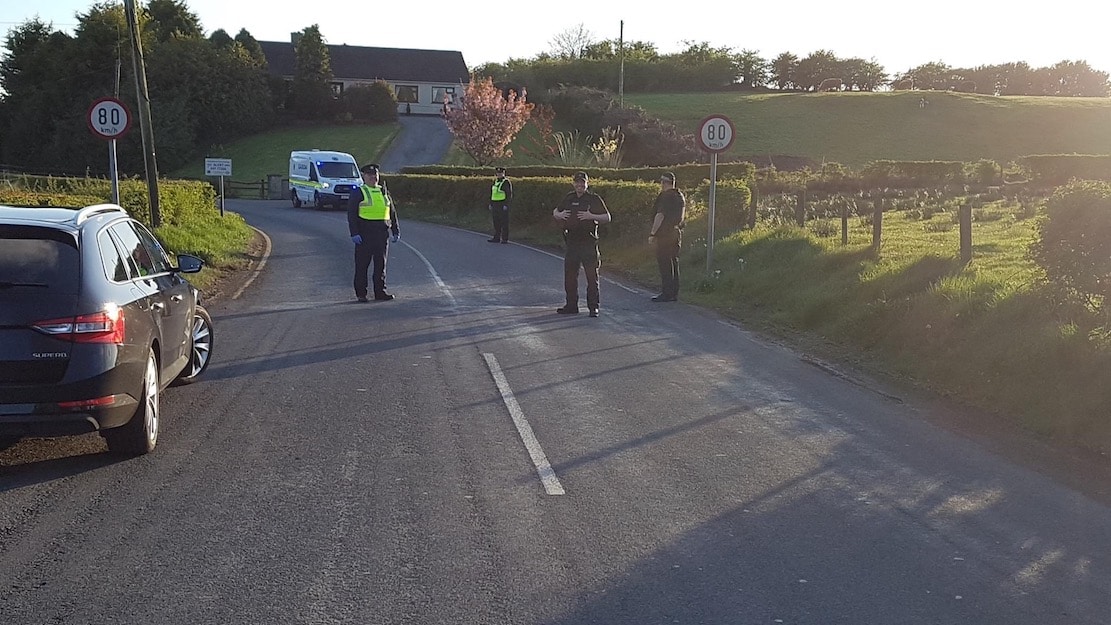 Mid Ulster District Council is to encourage debate around the constitutional future of Northern Ireland and notes the British government has a responsibility to set a date for a referendum on the issue.

Following a heated debate on a motion brought forward by Councillor Sean McPeake, which lasted for almost an hour, the division on this issue within the chamber was apparent.

The surprise, however, was the vote total, with four councillors choosing to abstain, resulting in 21 votes cast in favour of the motion and 15 against.

The motion noted the centenary anniversary of the “Government of Ireland Act” and welcomed the agreed framework provided by the peace process.

“This Council further recognises that a stark choice is opening up between the narrow, inward-looking version of Brexit Britain and the open inclusive vision of a new Ireland,” read the motion.

“Therefore we call upon this council to encourage space for debate to present experiences and perspectives, big ideas and a public discourse on our constitutional future which threatens no one.

“And this Council calls on both governments [British and Irish] to expedite, the delivery of their respective responsibilities contained within the Good Friday Agreement.”

The motion was seconded by Councillor McPeake’s party colleague Councillor Brian McGuigan who described it as “very important “.

Councillor McGuigan noted the “mature, frank and respectful” conversation taking place in Council at present around the “centenary of partition” and said he hoped for a similarly mature debate around this issue.

DUP councillor Kyle Black said the motion had little purpose and no coherent approach, describing it as “a platform speech to grab a headline”.

“We are in the midst of a pandemic yet progressing the issue of a border poll is top of some people’s priority list,” said Councillor Black.

“I would suggest that at this time, it is not at the top of the wider public’s priority list.

“It is unfortunate that some within the nationalist and republican community seem to solely focus on uniting land masses with no regard for healing the divisions that still exist within society and bringing communities together.”

Councillor Trevor Wilson said the Belfast Agreement settled Northern Ireland’s constitutional future and noted those who wish to advance a border poll have not managed to secure 40 per cent of the vote in any election.

“No matter about the spin or hype, the conditions simply do not exist to allow any Secretary of State to call any such border poll,” said Councillor Wilson.

“Those demanding such a poll know full well such a course of action will destabilise politics and life in Northern Ireland.”

His party colleague Walter Cuddy said reopening old wounds at this time is not what “any right minded person” would want to do.

Councillor Derek McKinney said he knew the result of this motion before the debate had started and described it as little more than a PR exercise.

Councillor Clement Cuthbertson said he had never heard such hypocrisy and claimed during discussions on the centenary of Northern Ireland another councillor refused to allow the planting of trees to mark the occasion.

“We have had a workshop and there was some agreement but then a Sinn Fein councillor rejected a non-divisive proposal about planting trees.

“They said ‘there will be no trees planted to celebrate the north of Ireland’. That just shows the level of mutual respect they have for the unionist community, I have never heard such hypocritical words in all my life.”

Sinn Fein councillor, Niall McAleer said as a young republican he would not want to celebrate the “creation of the northern state” but has “no problem with anyone with a differing view”.

“There is little point rehashing debates about the past but the history of this state has been marred by a history of conflict, discrimination and division.

“It is important that this history is not whitewashed as positive or good, the history of partition has been anything but.

“For those who say there is little point in a border poll at this stage I have to ask, what are they afraid of?”

Councillor Malachy Quinn said he had sat in “bewilderment” throughout the debate but said his party would support the motion.

“Calling for a border poll just for the sake of it is pointless. What we need is debate and we need to set our plans in motion,” said Councillor Quinn.

“If we want it to end up like Brexit then put the slogan on the billboard. It is meaningless, it gives a false narrative and is only going to lead to pain and misery – just look at the Brexit campaign.

“I knew the motion was going to fall in to this tit-for-tat nonsense but if we want to do this, we have to think seriously about it.

“My party leader is setting up the forum for debate but that is where it starts, we can’t set a date, this is not a race, we have to talk and I keep emphasising that point.

“I do support some of the ideas in the motion and talking about it and aspiring to it.

“However, winning any vote by 50 per cent plus one is not the way to do it.”

The Chair of the Council, Councillor Cathal Mallaghan said local representatives are entitled to have their say and debate the issue and to suggest otherwise, or dismiss the debate, is “not fair”.

Sinn Fein councillor Dominic Molloy said he welcomed the debate about a new Ireland and the impact partition has had.

Councillor Barry Monteith welcomed the debate but explained he could not the support motion.

“However, I may surprise some by saying I will be abstaining on this motion as it is a love letter to the Good Friday Agreement and it doesn’t, from what I can see, actually call for a referendum.

“It talks about noting what is in the Good Friday Agreement. This motion is a product of Sinn Fein and they are entitled to bring it forward but plain English would help.

“It is typical Connolly House double speak and trying to be all things to all people.”

Councillor Dan Kerr said he would also be abstaining from voting on the motion.

Bringing the debate to a close, Council Chair, Councillor Cathal Mallaghan said he had listened intently to the debate and believes that the quality of life of the people on this island would be enhanced by its unification.

Councillor Sean McPeake said the discussion was “useful, thought provoking and close to the bone on a number of occasions”.

The motion was carried with 21 councillors voting in favour of the motion and 15 voting against.