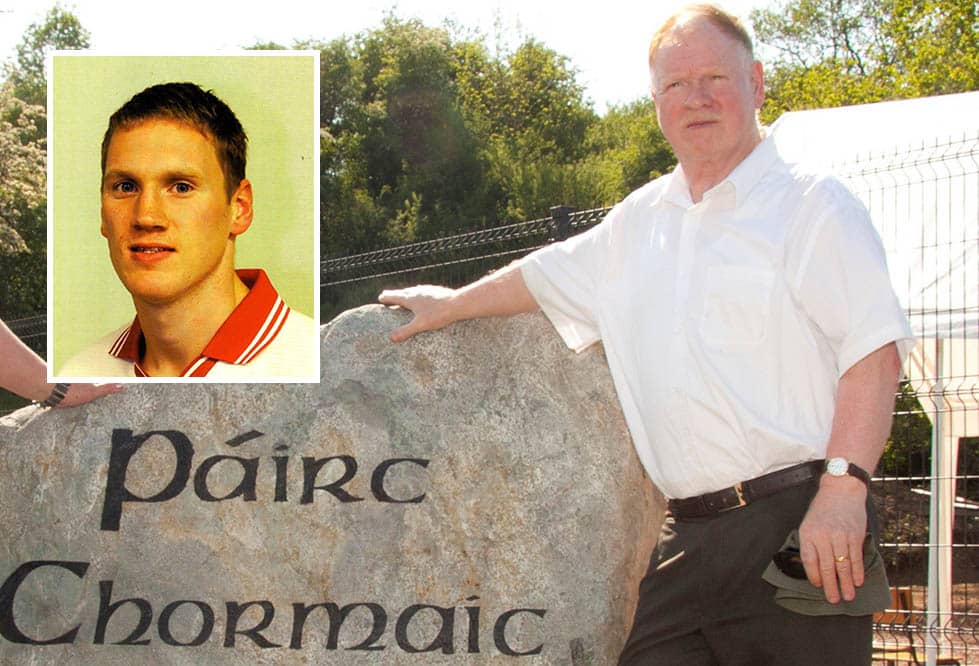 Tributes have been paid to a man described as “a driving force” behind the formulation of Community first responders Armagh and Tyrone” following the tragic death of his son in 2004.

Brendan McAnallen, from Tullygiven, close to the River Blackwater, passed away earlier this morning (Thursday).

He was the father of Tyrone GAA player, Cormac McAnallen, who tragically died suddenly in 2004 – just months after playing an integral part in his county’s first ever All-Ireland win; incidentally against his neighbours Armagh.

Cormac, who attended St Patrick’s Grammar School in Armagh, died in his sleep on March 2, 2004, aged 24, from an undetected heart condition.

The Community First Responders said: “Brendan worked tirelessly to improve access to heart condition diagnostic tests and formed The Cormac Trust which raised huge amounts of money to supply sporting clubs and venues with defibrillators, all of which has saved many lives throughout the Island of Ireland.

“We at CFR Armagh & Tyrone will always remember Brendan as a kind, generous and compassionate gentleman. May he rest in peace.”