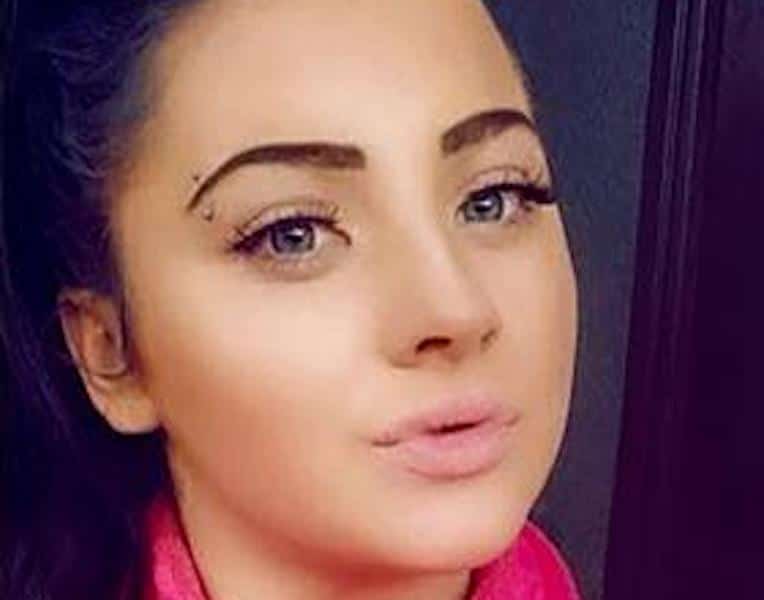 The mother of Ali Jayden Doyle who is currently remanded in custody accused of perverting the course of justice around the child’s death, has claimed she is confident her neighbours “Know she is a good mother”.

The remarks were relayed by Jade Dempsey’s barrister during a High Court bail application in response to police concerns around releasing her back home.

Aged 24 and from Sycamore Drive, Dungannon, Dempsey is also charged with causing the two-year-old’s death.

Her partner Darren John Armstrong (32) of Park Avenue, but also with an address at Ardbeg Drive, both in Dungannon, is charged with murdering Ali on August 6 and perverting the course of justice by providing misleading information.

Paramedics found Ali unresponsive at the Park Avenue address and high on the coma scale.

While she was being rushed to the Royal Victoria Hospital concerned paramedics contacted police and Social Services.

Shortly after arriving at hospital, the child passed away from head trauma.

It emerged both children were on the Child Protection Register since April, due to Dempsey’s relationship with Armstrong, who was not permitted contact.

A post mortem revealed the head injury was: “More likely non-accidental. The injuries are so extensive the pathologist could not say how many times the head had been impacted.  The pathologist has never seen this level of accidental injury in a child or adult.

During police interview Dempsey changed her accounts and later she accepted lying as she knew leaving the children with Armstrong contravened Social Service’s warnings. She claimed to be afraid her other child would be removed, which subsequently occurred.

At High Court the Prosecution highlighted specific concerns around Dempsey’s safety due a social media backlash, with police fearful of trouble if she returned to her Dungannon address.

Madam Justice Keegan described the case as: “Obviously tragic and difficult on lots of different levels.”

She told the defence: “You may or may not be aware of the arrangements for the deceased child. This requires consideration among all relevant parties. There is a sensitivity that this deceased child has not yet left the Royal Victoria Hospital.”

A defence barrister advised exhaustive efforts for a suitable address have been unsuccessful, pointing out Dempsey has been in custody over two weeks and is anxious for contact with her baby.

It was conceded this child is in care and the relevant Health and Social Care Trust have confirmed contact could be facilitated if Dempsey is released.

Justice Keegan felt the current address remains unsuitable in the short term, and suggested other options could be explored.

The defence explained: “It seems the thrust of police objections to her own address is potential risk due to the vitriol this case has raised on social media. People are making assumptions, then making lurid and wild threats which are most likely baseless.”

Referring to a recent conversation with Dempsey, the defence said: “She is very confident of the support of her neighbours and is aware they held a balloon release ceremony where there were prayers not just for Ali Jayden, but also Ms Dempsey. She is confident they know her to be a good mother and will support her.”

The prosecution however stressed police believe Dempsey’s address to be: “Very unsafe and risk could not be managed.”

She continued: “This could be complicated further due to ongoing investigations into pre-existing injuries found on the baby boy, which she will be questioned about. The public will undoubtedly discover same.”

Adjourning the application Justice Keegan commented: “I would hope with the help of statutory agencies even in the short term, a solution can be found.”