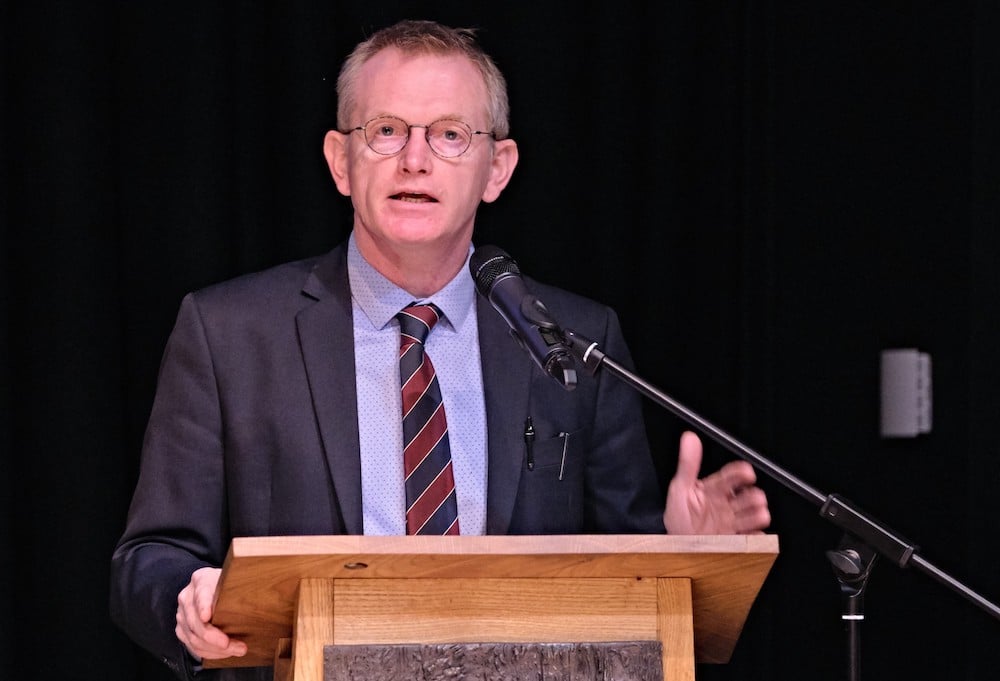 Mid Ulster District Council has confirmed its new Chief Executive will receive a financial package in excess of £100,000 per year.

Now, a spokesperson for the Council has confirmed Mr McCreesh starting salary.

“Chief Executive’s salaries were set independently and Mid Ulster is in band three, with a starting salary point of £105,670,” said the spokesperson who also explained Council’s contribution to its Chief Executive’s pension scheme.

“Employers pay the balance of the cost of providing the benefits in the pension scheme, normally a percentage of pensionable pay which is currently 19.5 per cent,” said the spokesperson.

“However, the employers’ contributions don’t go direct into an employee’s pension pot – the majority of employers contribute a percentage contribution rate plus deficit recovery contributions.”

In April this year, it was revealed that Council’s former Chief Executive, Anthony Tohill, was paid £114,000 plus pension contributions for his services in the 2018/19 financial year.

At that time, Mr Tohill was the only senior official employed by Council to receive a financial package of more than £100,000.

Chief Executives’ salaries in Northern Ireland councils were set in 2013 independently of the councils and are stipulated in three bands.

Band one is the highest and applicable only to Belfast City Council and band three is applicable to the majority of councils here (eight), including Mid Ulster.

Meanwhile, a Council spokesperson has confirmed that no decision has been made about filling Mr McCreesh former post which is now vacant.

“Given the recentness of the new Chief Executive’s appointment, no decision has yet been taken about filling the vacant Director’s post,” said a Council spokesperson.