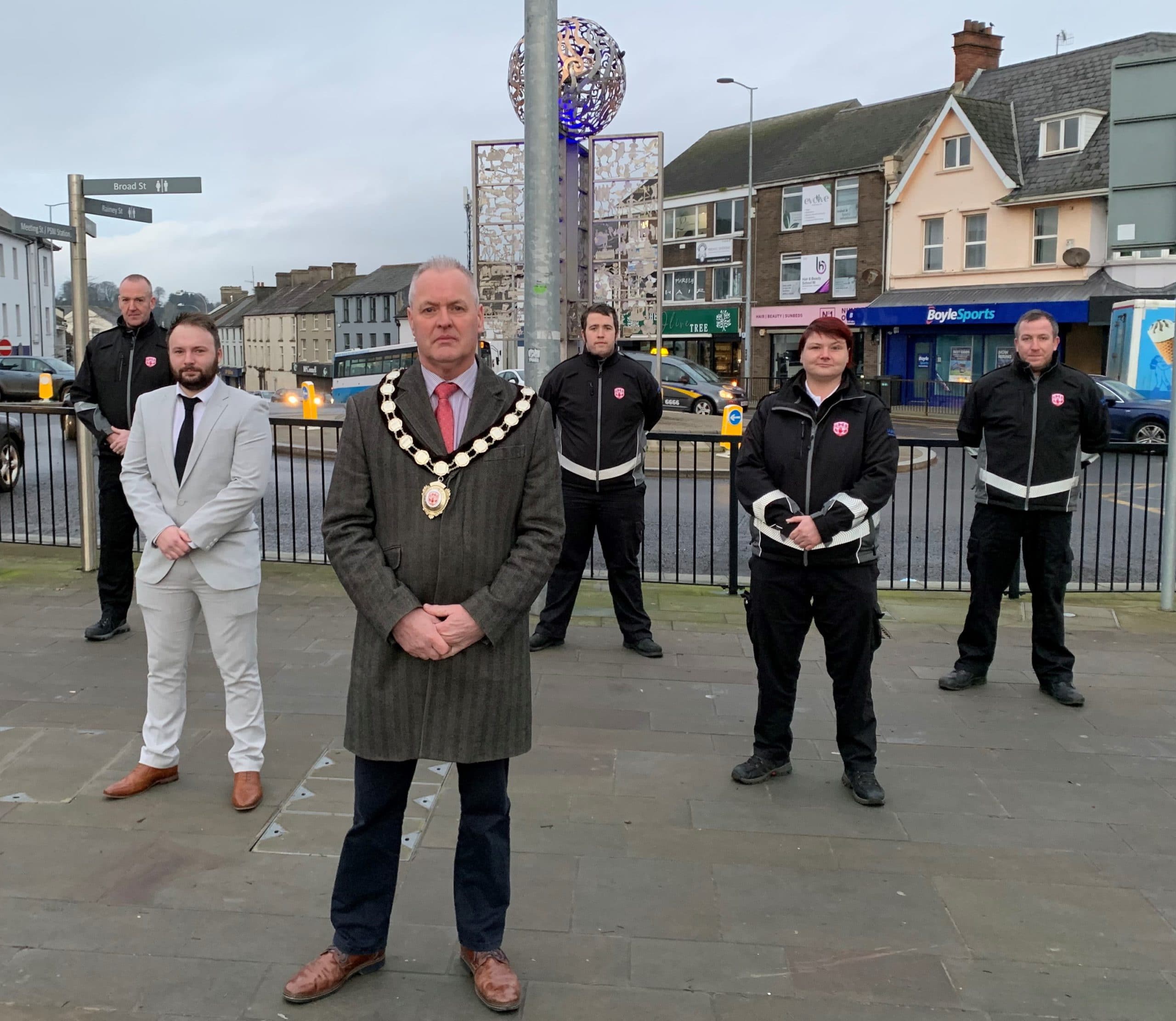 Councillors from across Mid Ulster have called for the private company brought in to punish those who commit littering offences to focus on issues such as fast food packaging and dog fouling rather than cigarette butts.

The others are Armagh, Banbridge and Craigavon (ABC), Causeway Coast and Glens, and Mid and East Antrim.

However, the scheme has already come in for criticism, with ABC councillors raising concerns last December.

Speaking at the Mid Ulster development committee meeting on Wednesday, Councillor John McNamee expressed concern that of the 651 fixed penalty notices issued by WISE, approximately 88 per cent were in Cookstown (307 fines) and Dungannon (266 fines) alone.

He also claimed the enforcement seems “weighted against the smoker”.

“Over 95 per cent of the total fines are for cigarette butts. I am not justifying any type of littering but it seems things are weighted against the smoker here,” he said.

“We have 622 out of 651 fines for cigarette butts and five for dog fouling and three for fast food littering. In our workshops to discuss the option of employing WISE there was very little talk about cigarette litter and a lot more about dog fouling and fast food packing being dumped.

“I would not like to think they are targeting the smoker to get their salaries paid while ignoring the other stuff.”

His Sinn Fein party colleague Councillor Niamh Doris agreed and noted that every meeting she attended on this issue concerned dog fouling more than anything else.

“I don’t think this is taking the direction councillors expected it to take,” she said.

“There are a lot of popular walkways in the rural areas and they do not seem to be monitored in the same way smokers and cigarette butts are.”

Councillor Cora Corry said she was in agreement with the comments already made while independent Councillor Barry Monteith told the chamber he was sceptical of privatising this service from the start and claimed it is “not addressing the issues council has raised”.

“These folk are sitting in streets or towns and following people around to see how they dispose of cigarette butts,” he said.

“This much lauded programme is failing miserably to address the issues of dog fouling and fly tipping.

“There needs to be a serious question asked to the viability of this scheme. We are three months in and it is an unmitigated disaster so far.”

Ulster Unionist group leader Councillor Walter Cuddy said he felt for those from East Timor who may not be able to read English fluently and would consequently not have been aware of the scheme and are now left paying £80 fines as a result.

“An £80 fine is steep. This scheme is not hitting its intended targets at the moment and I don’t know how we change that but these issues need addressed moving forward,” he said.

SDLP group leader Councillor Malachy Quinn said he was regularly contacted about dog fouling and other rubbish in his area and said that was what WISE needed to focus on.

Councillors Dan Kerr and Sean Clarke said they too had similar concerns to those already expressed by others and called for the company to change its approach.

Councillor Trevor Wilson said WISE must be told of the problems and given a chance to tackle them.

Councillor Frances Burton agreed the company should be given a chance to improve and said council’s “zero tolerance policy on littering” must be maintained.

Council’s assistant director of health, leisure and wellbeing Kieran Gordon said he would let WISE know of these concerns with “due urgency and importance”.

He also shot down suggestions that its officers are going after easy targets to ensure they get their salary by telling the chamber that officers are paid an hourly salary with “no performance related incentives”.

According to Mid Ulster District Council, WISE is responsible for the collection of all payments on behalf of the council and retains 90 per cent of the income generated, with the remaining 10 per cent going to the council.