Drink driver who freed himself from ditched car arrested close by 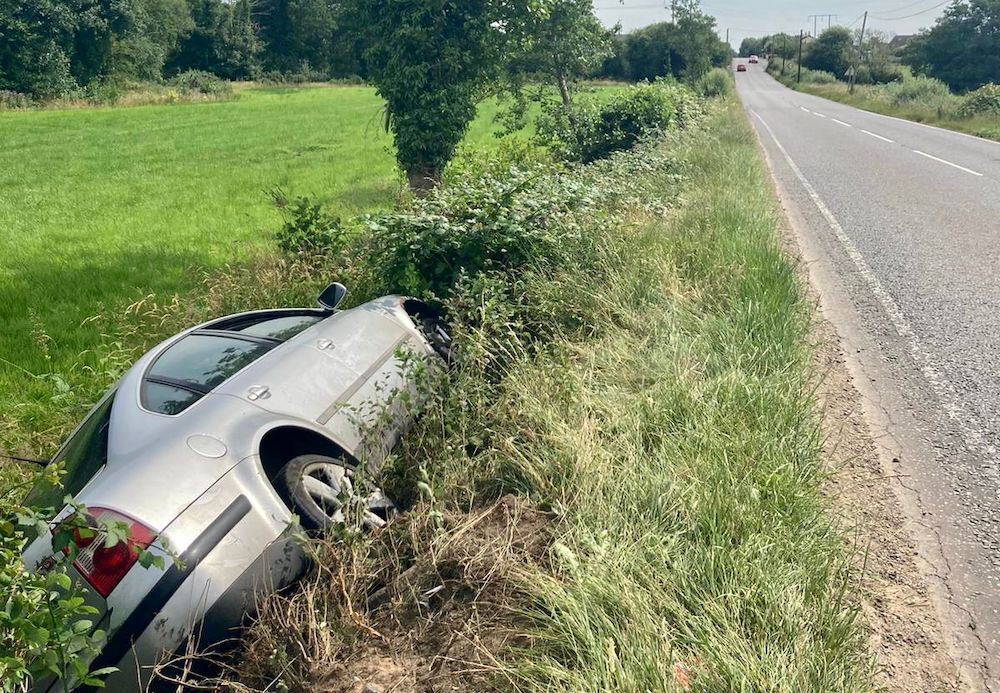 This was the scene of a one-vehicle collision just outside Dungannon on Sunday morning.

A drink driver veered off the Moor Road – just off the main A45 close to Tamnamore Roundabout – and careered down a hidden embankment.

Fortunately for the driver, they were able to free themselves from the car which was lodged in the ditch.

Unfortunately for the driver, police officers who attended during the early hours of Sunday morning located the driver close by.

He failed a breathalyser.

Police have confirmed that nobody was injured but have appealed for witnesses to phone 101 quoting 396 of today’s date.

Elsewhere on the roads today, a motorcyclist in his 60s died following a road crash on the R173 between Carlingford and Omeath at around 3.30pm.

The road is closed to facilitate a garda forensic examination of the scene, and local diversions are in place.

Gardaí have appealed for anyone who may have witnessed the incident to contact them at Dundalk Garda Station on 042 938 8400, or any garda station.