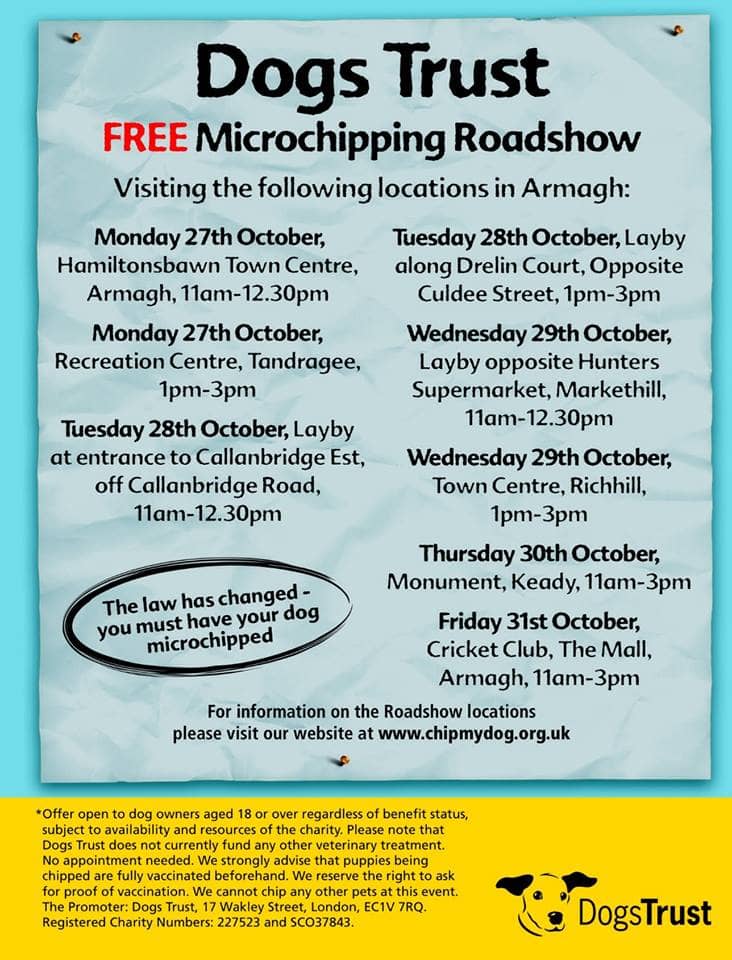 Dogs Trust charity workers have decided they will return to the district to offer their free microchipping service – just two months after they were stoned out of the city.

In August workers were left in a state of distress when they were targeted by teenage stone-throwers at the entrance to Mullacreevie and subjected to “vile abuse”.

But now, from Monday, October 27, they will return to the district for a series of clinics, including Keady, Richhill, Markethill and Tandragee, as well as the city itself.

The Dog Pound at Armagh City and District Council is encouraging people to spread the word, to help all local dog owners in our area towards becoming a legal dog owner, before the Council move towards a ZERO TOLERANCE POLICY for unlicensed dogs in the area.