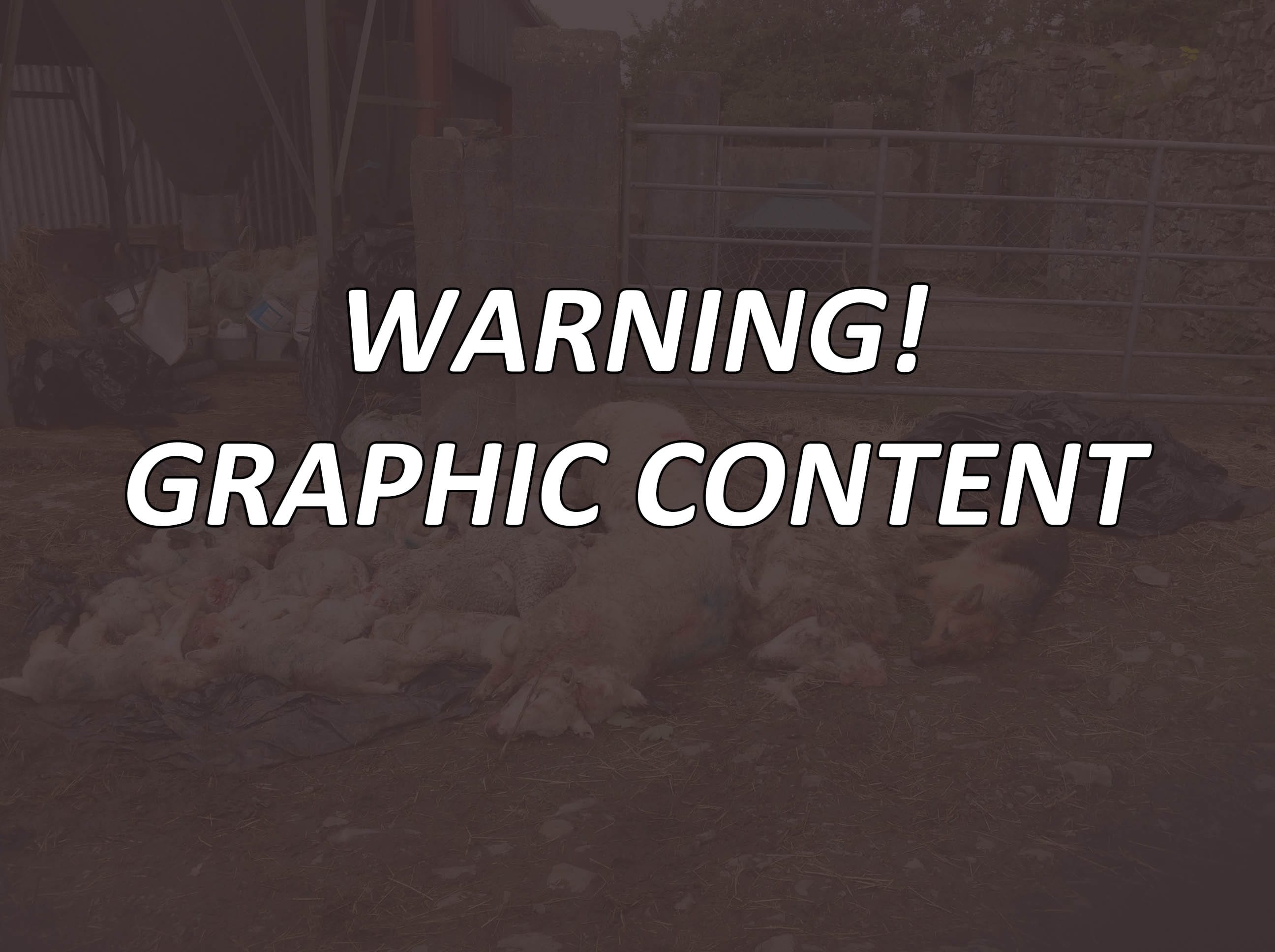 Dog owners have been urged to keep their pets under control after 30 sheep were savaged in south Armagh.

Sinn Fein Councillor Terry Hearty has called on pet owners in the area to make sure they know where their animals are at all times.

He made the call following the scene of slaughter at Cregganbane.

“It is vitally important that people make sure they know where their animals are at all times,” he said.

“If you aren’t at home with them they need to be tied up or locked in. It’s no good seeing them in the mornings or evenings, you need to be sure of where they are at all times because they can do a huge amount of damage in a relatively short time.

“Last week I helped a farmer in Cregganbane lift around 30 dead sheep and lambs from one of his fields. Many more were badly injured. Just two dogs, somebody’s pets, had slaughtered them with ease.

“Not only has this caused the farmer thousands of pounds, but you can imagine the distress and horror caused when he first came upon the scene. Some of the animals had been completely destroyed.

“Lambing season has just finished and, like all farmers, he had spent weeks checking on his animals at all hours of the day and night, ensuring lambs were born safely so you can imagine how heartbreaking this has been.

“A number of attacks of this nature have taken place over the past few months and each time the dogs involved have been people’s pets, not wild animals.

“I cannot stress enough how important it is, especially at this time of year, for people to know where their animals are.  If you aren’t with them you need to be absolutely sure that they are either tied up or locked up.

“If allowed to roam the countryside they can cause total devastation to flocks. Not only does this threaten a friend or neighbour’s livelihood but it can also end up costing you thousands of pounds.

“Be a responsible pet owner and a considerate neighbour.”

Following a number of reports of livestock worrying in South Armagh, the Neighbourhood Policing Team are reminding dog owners of their responsibilities under the Dogs (NI) Order 1983.

Inspector Lorraine Dobson said: “Responsibility for dogs lies with their owners and they must ensure that dogs are secured and are only on property which they have permission to be on.

“Subject to Art 29 (1) under the Dogs (NI) Order 1983, if a dog worries livestock the keeper of the dog and, if it is in the charge of a person other than its keeper, that person also shall be guilty of an offence.

“Anyone with information or concerns about livestock worrying can contact the South Armagh Neighbourhood Team on 101.”