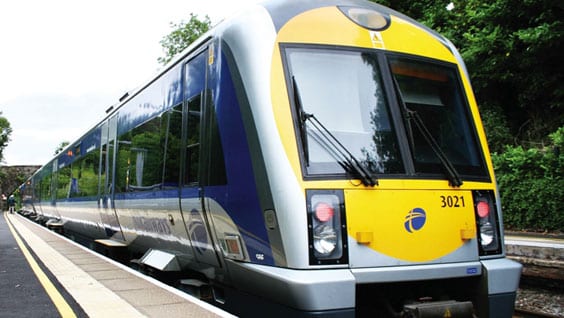 Some Saturday train services between Newry and Belfast are to be axed.

And the move will come as a devastating blow to rail users, according to a Newry and Armagh Assemblyman.

The SDLP’s Dominic Bradley said services are also being reduced during the week.

Speaking in Newry Train Station, Mr Bradley explained: “Translink propose to reduce non Enterprise services from Newry to Belfast and the proposals are devastating with Saturday service being abolished and some daily services being reduced by half. These proposals must be fought at every opportunity.

“The Department for Regional Development are telling us time and time again that they want to encourage people from their cars onto public transport and yet at the same time they are slashing rail services between Newry and Belfast, it just doesn’t make sense.

“However it is even more intriguing when they have left the services between Portadown and Belfast virtually untouched, it just doesn’t add up.

“This is completely unacceptable to the people of Newry and this wider area. As it stands, I believe the citizens of Newry and Mourne have been abandoned by Translink, they have completely disregarded everything the train users have been telling them over recent years. They want to see Translink engage in a sustained campaign to raise awareness of the train services from Newry, that is they only way they can help grow the numbers using the service.

“Just five years ago Translink invested £14.6m in this new facility and that was very much welcome but we need to build on the services on offer from Newry, not reduce them.