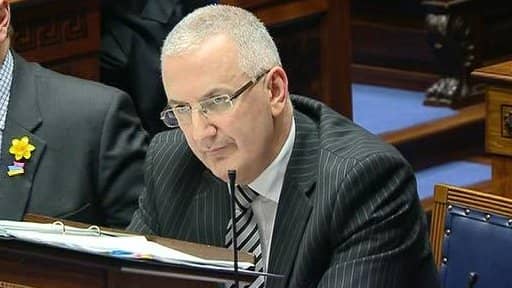 Ulster Unionist MLA Danny Kennedy has said that he is looking forward to the General Election campaign in which he will be the sole Unionist candidate for the Newry & Armagh constituency.

Mr Kennedy said: “On 7th May the people of Newry & Armagh will have the opportunity to elect a full time MP who will take his seat at Westminster and represent the interests of everyone in the constituency.

“This is a once in a lifetime opportunity to replace an absentee Sinn Fein MP with full time representation at Westminster. I would appeal to everyone who is fed up with the lack of representation by Sinn Fein to turn out and make their vote count on 7th May. Your vote can make the difference.

“I note that some commentators and politicians have claimed that the existence of a unionist pact is evidence of some type of sectarian carve up. This is a charge which I utterly reject.

“Firstly, Unionism– like Nationalism – is a political philosophy not a religious one. Anyone who wishes to retain the link with Great Britain is a unionist, regardless of their religious beliefs. There is absolutely nothing sectarian about pro-Union voters wishing to maximise Northern Ireland’s representation in the ‘Mother of Parliaments’ at Westminster.

“Secondly, in 30 years of local representation at both Council and Assembly level, I’ve never been a sectarian politician. I’m a proud Unionist and believe strongly in the Union and the benefits it brings, but I have represented people from all sides of the community on bread and butter issues and I will seek to continue to do that if elected as a full time, fully engaged and participating Member of Parliament. I look forward to engaging with the electorate during the course of this campaign.”