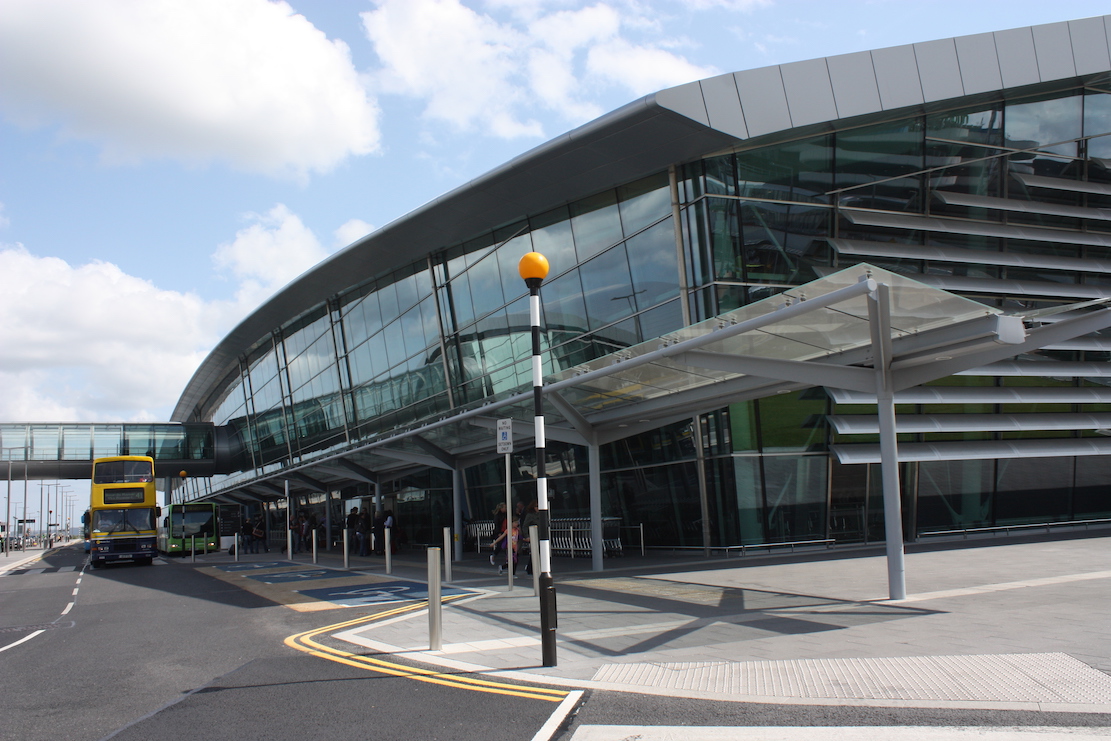 Two men hijacked a bus outside Dublin Airport before making off with three passengers on board.

The passengers were taken hostage inside the vehicle which made off in the direction of the M1 northbound in the early hours of Wednesday morning.

The three terrified passengers were then let out near Julianstown in Co Meath, but not before the hijackers demanded money.

The shuttle bus then made its way across the border and into Crossmaglen where it was observed by PSNI officers in The Square.

Here, it collided with a police vehicle before it was diverted across the border once more and into Co. Monaghan.

A Garda spokesman said the two occupants of the minibus fled on foot before taking possession of a parked car, which was intercepted by officers close to Castleblayney a short time later.

The spokesperson explained: “Shortly before 1am the alarm was raised when a minibus was taken during an incident at Dublin Airport. It’s understood that three passengers were in the mini bus when two males boarded the bus and drove in the direction of the M1. The passengers alighted from the bus a short time later on the M1 near Julianstown, unharmed.

“It’s understood the minibus continued north on the M1 until it was located near Drogheda and followed by Garda units before crossing the border north of Dundalk.

“The PSNI were alerted and the minibus was located again a short time later having returned across the border in Co. Monaghan and was followed by Gardai before it was abandoned having crashed.

“The two occupants of the minibus fled on foot before taking possession of a parked car. This car was intercepted by Garda RSU members with assistance from Garda Air Support near Castleblayney a short time later.

“The occupants of the car, two men in their 30s, were arrested and are currently detained under Section 4 of the Criminal Justice Act, 1984 at Carrickmacross Garda Station.

A PSNI spokesperson said: “Police received a report from our colleagues in An Garda Siochana that a stolen transit van had been tracked crossing the border.”

“Officers observed the vehicle in Crossmaglen Square, and upon police entering the car park the transit van collided with the police vehicle causing damage to the front of the car.

“The transit van then made off from the area and re-crossed the border.

“The PSNI officers were not injured during the incident.”