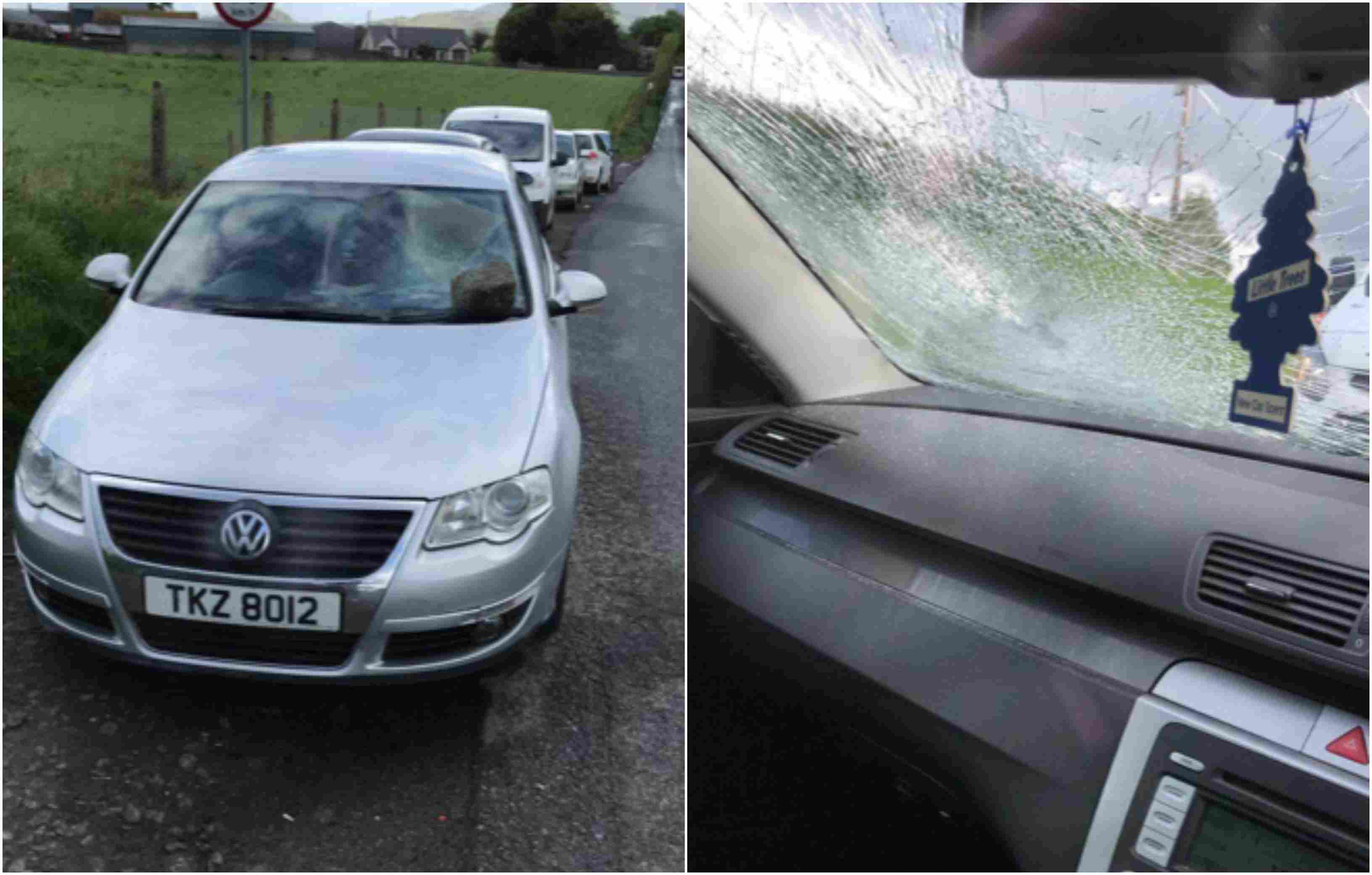 The sister of a Crossmaglen man who had his car vandalised – recently bought – just over the border in Louth has called for witnesses to come forward.

Annie Morgan has appealed for anyone with any information to get in touch after her brother’s car had its windscreen smashed with a block.

The broken block was left on the windscreen by the culprit.

Speaking to Armagh i, Annie explained: “My brother’s car was parked on a lay-by at Hackballscross in Co. Louth yesterday morning (Monday) from 5.30am until 5pm last night while he was at work in Dublin.

“And when he returned he noticed someone had put a brick through the window.”

She added: “He has only bought this car and is distraught over this. It would be great we could help get those responsible so hopefully someone witnesses something.”

If you have any information, contact the family directly on 02830860991 or Gardai in Dundalk.

Elsewhere in south Armagh, police are appealing for information about a burglary that occurred in the early hours of this morning (Tuesday) in Meigh.

Police are particularly interested in a dark coloured Volkswagen Golf that may have been in the area.