Brian Hearty was tragically killed a day after his 26th birthday 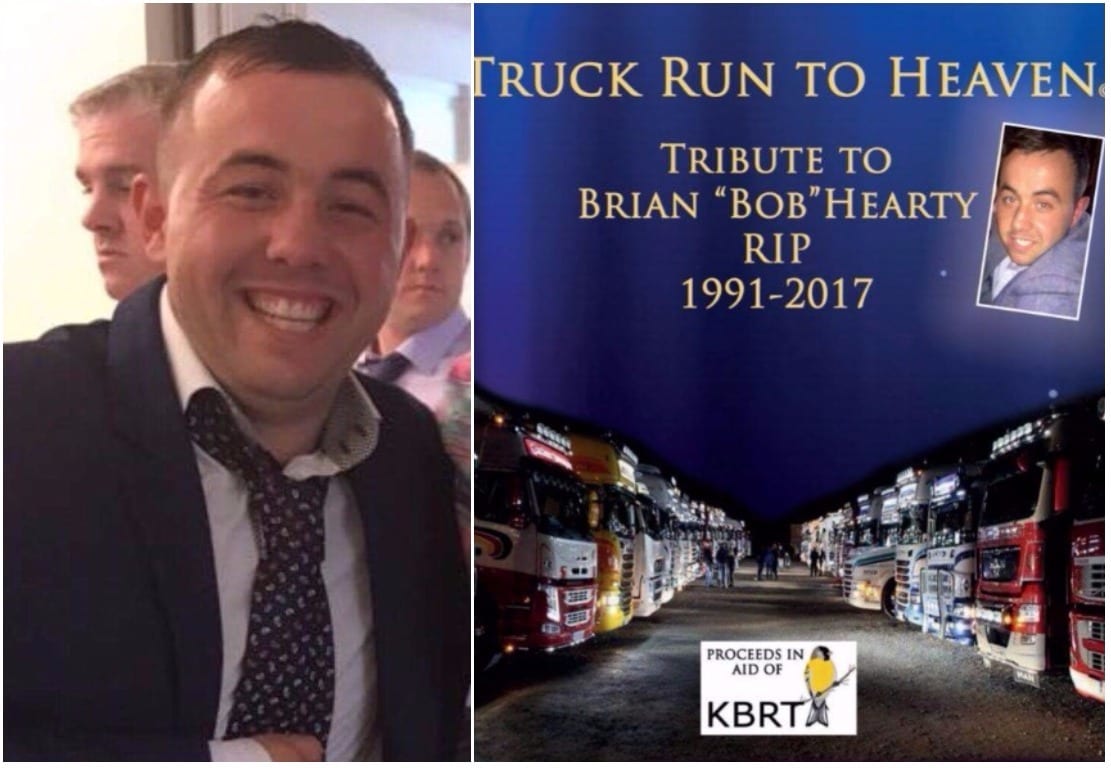 The family of Silverbridge Man, Brian ‘Bob’ Hearty will this week release a CD, ‘Truck run to Heaven’ to raise monies for the Kevin Bell Repatriation Trust, following his tragic death on October 29.

The County Armagh man was fatally injured in a car accident on the outskirts of Dundalk.

A popular local, ‘Bob’ played Gaelic Football for his home parish, Silverbridge and was employed in the family business Hearty Home Heating Fuels.

Proceeds raised will be donated to the Kevin Bell Repatriation Trust.

Commenting on the CD, Angela Reid, said: “I was honoured when Brian’s family asked me to sing at his funeral, and despite their pain and loss, they wanted Brian’s memory to be honoured and celebrated.

“The song, is one I wished I never had to write, however it was really important for the family that I did. The song which was written for the funeral, pays tribute to a wonderful and very popular, much loved son of Silverbridge.

“I admire the courage of his family to release this CD and am delighted to have been able to help in any way possible given the tragic series of events which has led to the song in the first place.

“For many, I know this CD will be a way to hold Brian in their memory all the more firmly.”

Colin and Eithne Bell from the Kevin Bell Repatriation Trust added: “We would like to thank the Hearty family for thinking of our Trust in their time of pain and are delighted to be associated with this tribute to a wonderful young man, Brian.”

Copies of the CD which will cost £5 each (plus postage), will be on sale from the Cross Square Hotel, Crossmaglen, local retailers, or can be purchased by contacting truckruntoheaven@gmail.com or via Facebook/truckruntoheaven.