The plant was discovered in March 2015 following a HMRC investigation 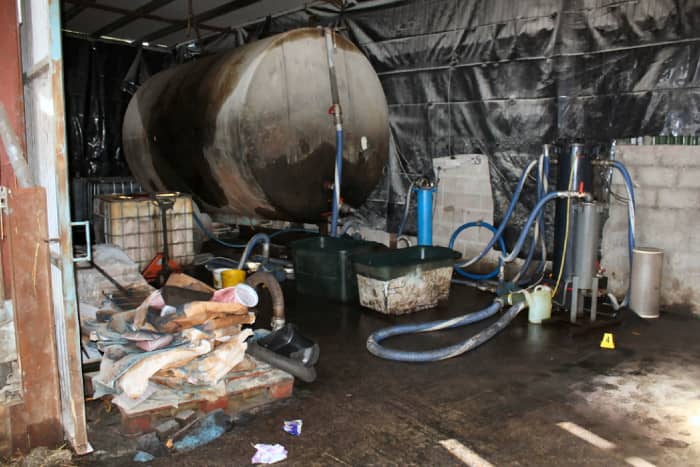 A fuel launderer in south Co Armagh has been given a suspended sentence.

A county Armagh farmer has avoided prison after a fuel laundering plant was found at his home is south Armagh.

Martin Conlon, 54, housed the plant in outbuildings at his home on the Loughross Road, Crossmaglen.

The plant was discovered in March 2015 following a HMRC investigation.

A total of 4.5 tonnes of toxic waste produced in the laundering process were removed from the site.

Appearing at Newry Crown Court on Tuesday, Conlon was sentenced to nine months in prison, suspended for two years.

He had pleaded guilty in November to fraudulently evading excise duty.