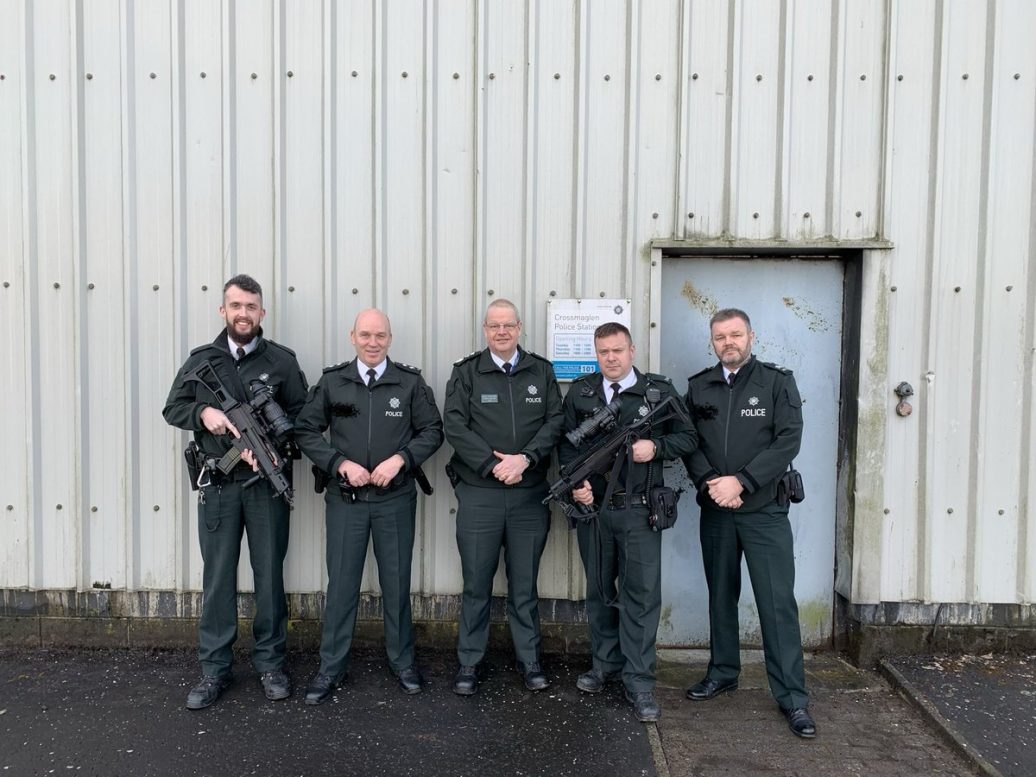 Chief Constable Simon Byrne has apologised for any offence caused over a Christmas Day tweet which contained a picture of himself posing with armed officers in Crossmaglen.

The tweet – in which the Chief Constable had described policing in south Armagh as “unique” – was described as “offensive” by both Sinn Fein and the SDLP.

Meetings took place with political parties this week in response to the tweet, which showed officers standing holding machine guns.

On Tuesday, the Chief Constable said it was “never meant as a comment on the community of Crossmaglen and south Armagh area”.

And he added: “I am sorry for any offence that has been caused.

“I have reflected on the issue at length and have had many conversations with both colleagues and external stakeholders, up to and including a number of meetings with elected representatives yesterday and today.

“Since taking up the post of Chief Constable, I have been looking at the visibility, accessibility and responsiveness of policing right across Northern Ireland.

“As part of that ongoing work, I have commissioned a review of policing in south Armagh.

“The review will involve local officers, elected representatives and the local community.

“I am really proud of the local officers, who working together with local people, have made so much progress for policing and the community in recent years.

“It is only by working together that we will continue to make progress.”