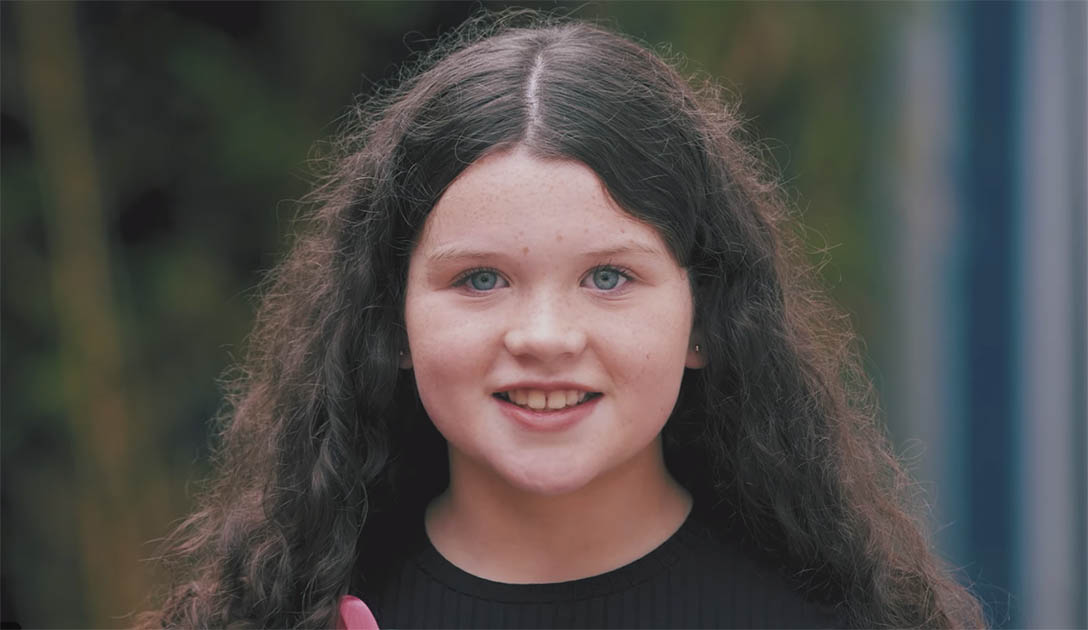 A 10-year-old schoolgirl from Lurgan has joined her mum and aunts in releasing a song to raise funds for breast cancer and diabetes charities.

Kate Lavery, a P6 pupil at Tannaghmore Primary School, sings a beautiful version of Maroon 5 hit Memories while mum Breige and aunts Mary and Nuala (the Hanna Sisters) accompany her on the the keyboard and violins.

Breige, who sings, plays whistles and violin, was diagnosed with breast cancer in December 2019 and after some surgery and radiotherapy treatment at the beginning of lockdown, was able to make a recovery thanks to the  care and support offered by the Southern Health Trust and support agencies.

In June 2020, her son Jack was given a shock Type 1 Diabetes diagnosis.

“Whilst this was indeed a difficult and traumatic time for all the family, with the support and guidance of the Diabetes Team they have been greatly helped to live with this, and Jack has coped admirably,” she said on her JustGiving page.

The song was released on Saturday and already more than £5,700 has been raised for the Pretty ‘n’ Pink charity and Diabetes Research and will be divided equally between the two.

Breige said she has been overjoyed at the reaction to the song and at the fundraising, “with the total way surpassed within three days”.

She said: “We have had reaction from Australia, USA as well as across Europe so hopefully the messages are getting out there and awareness raised.

“I hope that more people can become aware of signs and symptoms … of breast cancer and diabetes from this.

“While they aren’t always preventable, knowing that so many people and organisations are there to help and assist is such a great comfort. “The support we have received has made the journey a lot easier. I hope that people can donate through our Just Giving page so that these charities can continue the fantastic work they do.”

To donate, go to www.justgiving.com/fundraising/breige-lavery1