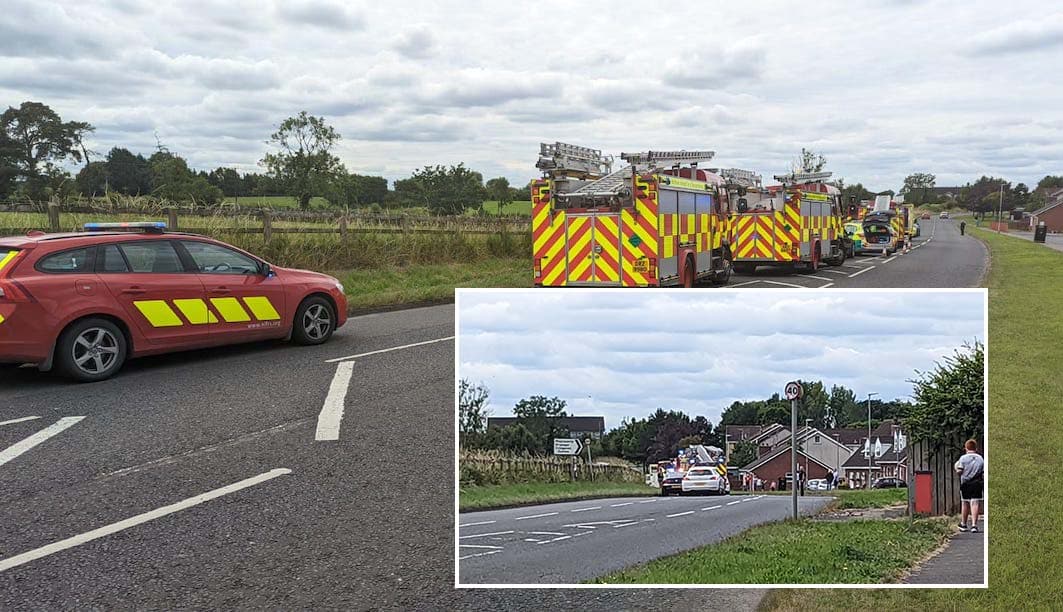 Two people have been taken to hospital following a serious single vehicle collision in Craigavon this afternoon (Friday).

The incident happened along the Monbrief East Road, adjacent to Willowfield Crescent, at 1pm.

Emergency services, which included the NI Air Ambulance, were tasked to the scene in what was described by an eye-witness as “large-scale” response.

One person was cut free from the wreckage by fire crews.

A spokesperson for the NI Ambulance Service (NIAS) told Armagh I it received a call at 1pm following reports of an RTC in the Willowfield Crescent area.

“NIAS despatched two emergency crews, one Hazardous Area Response Team (HART) crew, one officer and the charity
Air Ambulance with HEMS on board were also tasked to the incident.

A spokesperson for the NI Fire and Resce Service said: “Three fire appliances attended the incident;  two from Lurgan fire station and one from Portadown fire station.

“Two casualties were out of the vehicle when firefighters arrived and they used cutting equipment to rescue a third casualty.

“They were then taken into the care of Northern Ireland Ambulance Service. The incident was dealt with by 2pm.”