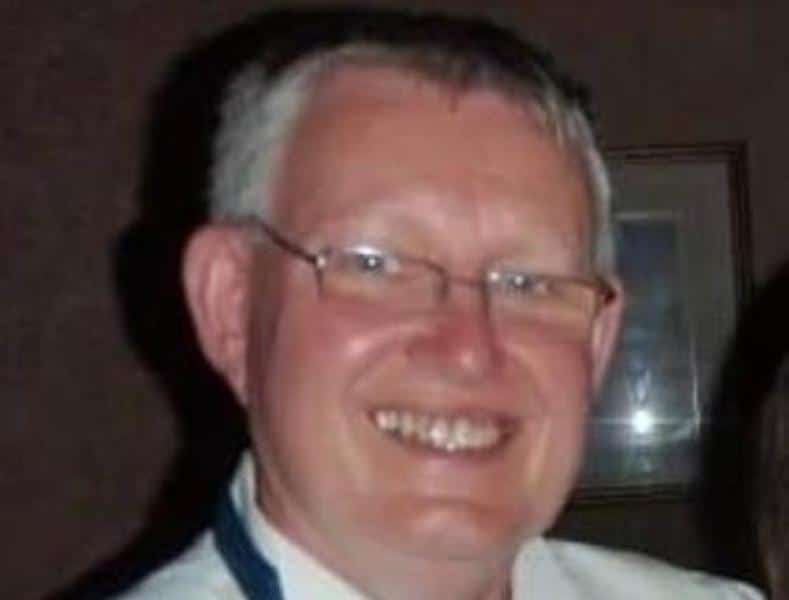 Tributes have been pouring in following the sad passing of a former County Armagh teacher described by many who knew him as “the best”.

Craigavon man Fergus Fleming taught at St Anthony’s Primary and it was the school who led tributes to “our great friend and former teacher”.

“Fergus educated the children of the area for over 30 years and will be fondly remembered by all for his wonderful knowledge, good counsel and his great sense of humour.

“Our thoughts and prayers are with his wife Pauline, sons Eoin and Ciaran, and his daughter Mrs Gemma Vassallo who is our current Nursery teacher. May he rest in peace.”

Fergus was also a dedicated gael, and former committee member, treasurer and secretary of Eire Og GAC in Craigavon.

“As everyone will know, Fergus was a phenomenal man who was the epitome of what a club volunteer should be,” a Club spokesperson said.

“His immeasurable contribution to our club life over the last 20 years in both our brightest and darkest times will live long in our club’s history.

“Also a former teacher in St. Anthony’s Primary School, as both an educator and work colleague Fergus left his unique and warm mark on all those fortunate to cross paths with him.

“The loss of his wit, wisdom and no problem too big attitude to life is a void we will struggle to replace.

“On behalf of everyone in Éire Óg, we would like offer our sincerest condolences to his wife Pauline, his sons and current senior players Eoin and Ciaran, his daughter Gemma, son in law Chris, daughter in law Kelly and all his grandchildren along with the wider family circle. Ar dheis Dé go raibh a Anam dílis.”

And it was his wit and sense of humour for which many people fondly remembers him.

“The driest sense of humour in a man I’ve ever known…a true gentleman and a great friend, you will be missed,” one person commented.

Another described Fergus as a “brilliant teacher” who has “such a good way with kids – definitely his calling”.

“The best teacher I ever had so many memories all good from my childhood and into adulthood through Eire og,” said another.

One woman added: “He was a brilliant man and a fantastic teacher. Condolences to your family Mr Fleming there will be a lot of fond memories from many pupils and friends.”

The tributes continued from former colleagues too: “Fergus was a great character and a true gentleman. I feel privileged to have taught along side him and to have known him. He always made us smile and always had wise words to share.”

Another commented: “Precious memories of a wonderful teacher and later colleague; Fergus was a true gentleman, full of fun and never without a smile who touched and influenced so many lives.”

Fergus was the beloved husband of Pauline and dearly loved father of Eoin, Gemma and Ciaran.

A private funeral will take place with a Requiem Mass taking place at a later date.

Family flowers only, donations if desired to the Haematology ward, Craigavon Area Hospital c/o the family.

Those wishing to pay their respects to Fergus can do so on Tuesday morning at Drumgor Park at 10.00am, at Eire Og Club at 10.10am or at St. Anthony’s School at 10.20am whilst adhering to social distancing.