The Co Armagh woman was given a suspended prison term, banned from keeping animals for 10 years, fined £1,000 and ordered to pay care costs of over £5,800 after four dogs were removed from her property 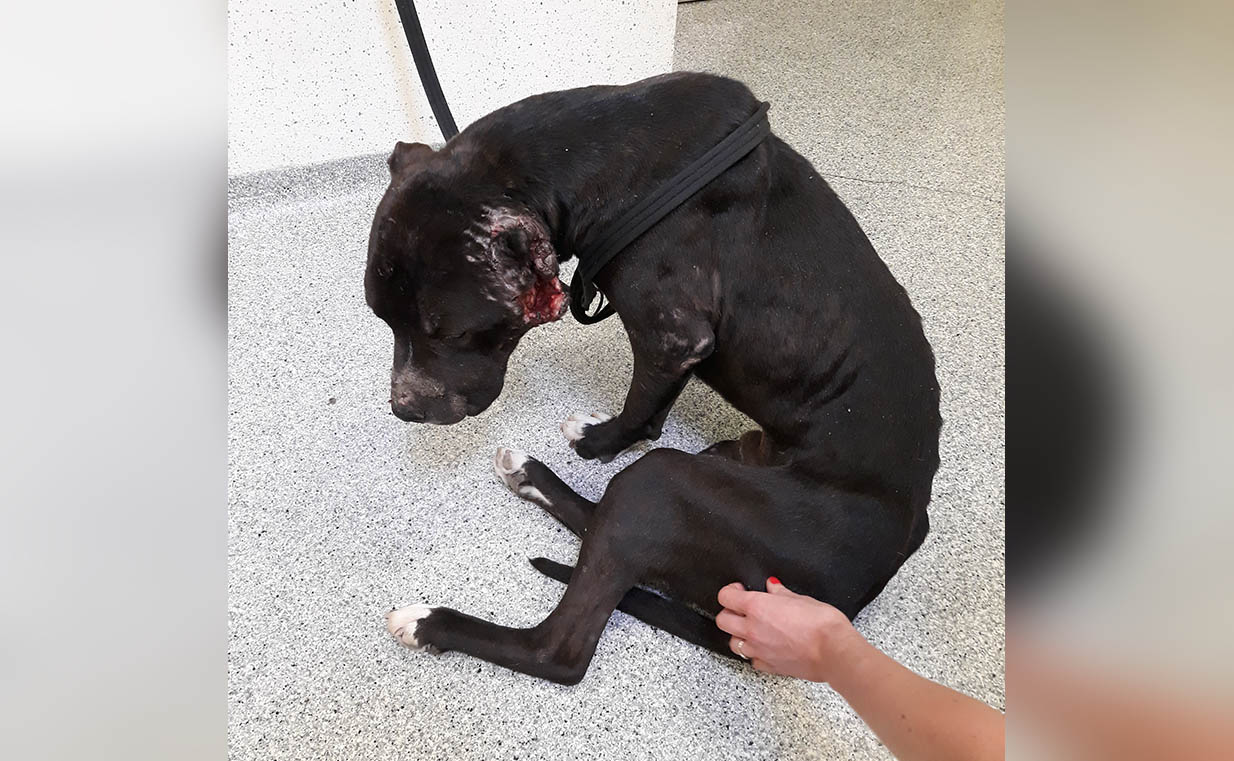 A Co Armagh woman guilty of what a court heard described as a “sustained and continuous neglect of animals” has been given a suspended jail sentence.

Alessia Di Livio, of Windsor Close, Waringstown, was also fined £1,000 and ordered to pay care costs of over £5,800 after dogs were removed from her property.

She has also been banned from keeping animals for 10 years.

Di Livio was charged with causing unnecessary suffering to one dog and failing to ensure the welfare of four dogs under the Welfare of Animals Act (NI) 2011.

Court heard that, on May 12 last year, a complaint was received from the PSNI regarding one of the defendant’s dogs.

The PSNI officer observed that the dog’s ear was missing and it was established that the owner had not sought any veterinary treatment for the condition.

The dog was then taken to a local veterinary practice who also raised concerns with the Animal Welfare Service about the previously untreated ear injury.

Upon investigation by the Animal Wefare Service the dog was taken into the possession of Armagh City, Banbridge and Craigavon Borough Council.

The following day a council animal welfare officer, accompanied by the PSNI, visited Di Livio’s property and concerns were noted in relation to the health and the environment in which three other dogs owned by the defendant were being kept.

Each animal was found to be underweight.

The animal welfare officer contacted a vet and subsequently all of the dogs were removed into the care of the council under Section 17 of the Welfare of Animals (NI) Act 2011.

Di Livio was sentenced this week by Judge Trainor who banned her from keeping animals for 10 years, describing the case as “a shocking situation”.

He remarked the case was “one of extreme seriousness that involved the sustained and continuous neglect of animals”.

The defendant was sentenced to a six month custodial sentence suspended for two years plus a
fine of £500 for causing unnecessary suffering to one dog.

In addition, Judge Trainor imposed four three month custodial sentences, suspended for two years, for failing to ensure the welfare of her dogs, plus fines amounting to £1000. All sentences are to run concurrently.

An ABC Council spokesperson said afterwards: “There is no excuse, under any circumstances, for acts of animal neglect such as this.

“We will continue to pursue those that fail to care for the welfare of animals and will use all enforcement powers available to us to take action against anyone guilty of causing harm or cruelty.

“We would ask if anyone has any concerns regarding the safety or welfare of an animal to report it to the council on (028) 3751 5800, or email animalwelfare@armaghbanbridgecraigavon.gov.uk.”